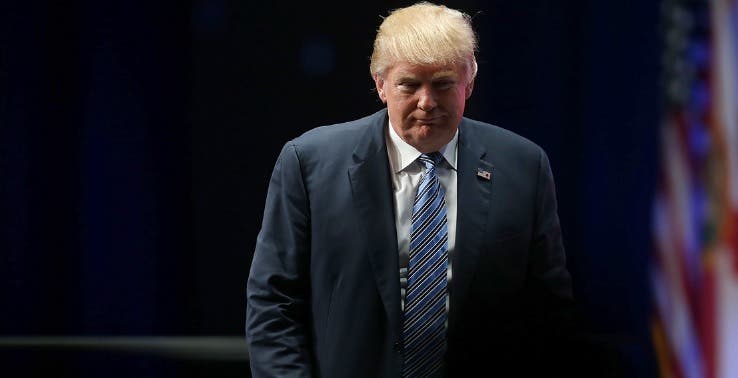 After a few days where it appeared Donald Trump might be just a typical if more bumbling and idiotic Republican president, the past few days have seen him ramp his fascism up into overdrive. A series of executive orders signed in the past few days bypassing Congress have ordered the construction of the border wall with Mexico, banned immigration from seven Muslim countries, and set in place the foundation for his proposed Muslim registry.

His most recent policy, according to leaked copies of today’s executive order, proposes “making public a comprehensive list of criminal actions committed by aliens and any jurisdiction that ignored or otherwise failed to honor any detainers with respect to such aliens” and vastly expands Immigration and Customs (ICE) agents’ discretion in deporting illegal immigrants in a move that borders on peaceful ethnic cleansing.

The second half of Trump’s new executive order, which vastly expands ICE agents’ ability to deport illegal immigrants, will likely lead to the deportation of millions of hard-working immigrants. Under the new policy, ICE agents are encouraged to focus on deporting immigrants who have committed “fraud or willful misrepresentation in connection with any official matter” rather than true criminals, a suggestion that gives the lie to the policy’s true racist intentions. Rather than targeting the few violent illegal immigrants that exist, the policy means that ICE will focus on rounding up immigrants for carrying out everyday tasks like driving without a license that are part and parcel of everyday life for illegal immigrants.

The discretion granted to ICE agents under the new order is immense, and leaves the door to racial discrimination wide open. The aim of these policies seems to be clearing out the United States of as many foreigners as possible, and given the Syrian internment camp proposals Trump has floated recently it is impossible to say how far this fascism will go if it isn’t combatted aggressively.  The order tells immigration agents to prioritize anyone they feel is “a risk to public safety or national security,” meaning that they can essentially deport anyone they want.

One issue with Trump’s deportation policy is, of course, that it is not grounded in fact. In reality, illegal immigrants commit crimes at a far lower level than native Americans, but the other piece of Trump’s executive order will seek to overcome that little speedbump the rest of us know as reality by implementing a massive propaganda scheme. The crime listing policy, supposedly aimed at punishing sanctuary cities, appears to be a thinly veiled implementation of George Orwell’s notorious two-minute hate in which the residents of a totalitarian England have a daily session devoted to an orgy of xenophobic rage stirred up by the state to maintain control.

While the listing of crimes committed by illegal immigrants in and of itself seems relatively innocuous, the bigger concern is that such propaganda will lead to a justification of ever-worse offenses against illegal and legal immigrants. The only reasonable purpose of such a weekly registry seems to be to rile up Trump’s conservative base to support even more extreme fascistic policies.

Moreover, implementing such a registry of illegal immigrant crime and devoting so many government resources to vilifying them, suggests that such immigrants are enemies of the state. In reality, of course, they are simply poor workers looking for a better life who have been frustrated by the maddening labyrinth of the American immigration system. With a nonstop parade of propaganda painting them as violent criminals, however, and a core of Trump supporters willing to believe anything the Donald says to the exclusion of all other evidence and even of reality itself, these hard-working dreamers will be in serious danger. There have already been hundreds of hate crimes committed by Trump’s supporters, and with a non-stop stream of anti-immigrant propaganda there is no telling what could happen.

The fascist takeover of the American government is no longer theoretical, it is happening right now. And tens of millions of disadvantaged and oppressed people are at grave risk of seeing their lives destroyed or worse as the Trump propaganda machine whips his white nationalist supporters into a fury and his new policies encourage the removal of our peaceful hard-working illegal immigrant population. We must resist now and we must resist totally.