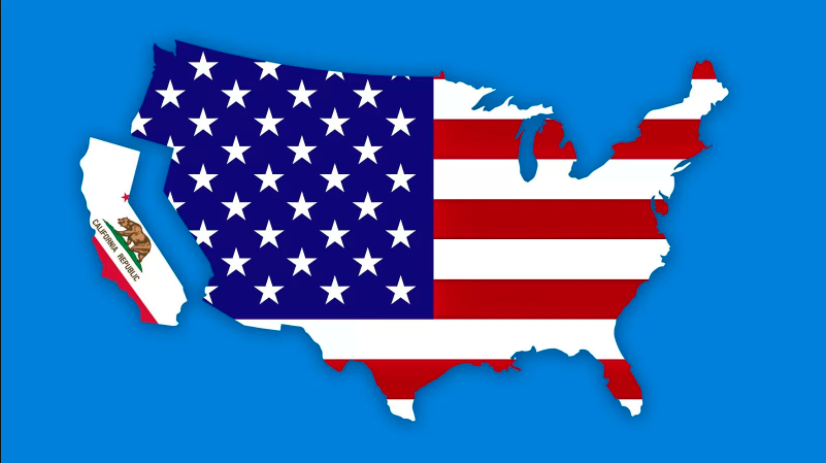 Many members of the American electorate vowed to leave the United States if Donald Trump won the presidency. Rather than taking that action, they may have another option in the future as a campaign has been kicked off for California to secede from the union so that they may form their own country. Trump lost California by more than four million votes and the majority of residents are already fed up with his hateful, ignorant, racist, and childish policies.

The movement is entitled “Calexit” which is being pushed by the “Yes California Independence Campaign.” While the concept has been mulled around in the past for years, it has started to gain serious momentum now that Trump has proved himself to be such a dangerous leader that more individuals are interested in it than ever before.

Presently the individuals who are interested in California’s secession now have the ability to begin gathering signatures so that the idea may be presented as an official initiative in the 2018 election. For the initiative to have any hope of blooming 585,407 signatures must be collected from registered voters in the next 180 days, which is a daunting task.

The physical plan for how California would secede and what would become of the state is still up for debate. Previously, in 2014, billionaire Tim Draper offered a proposal which called for California to be broken up into six different countries; Jefferson, North California, Silicon Valley (which would become the nation’s richest per capita state), Central California, West California, and South California. Considering that Draper’s plan was self-serving and meant to help him and his rich friends obtain tax breaks, if succession were to happen his vision would likely never come to pass.

California presently receives over 30% of all Federal funding for foodstamps while having just 12% of the nation’s population. How these financial differences would be reconciled have, as of yet, not been determined. Furthermore, California’s musing about succession is similar to that of the secession threats of Texas who similarly drain funds from the federal government. There was also rumblings about Colorado seceding from the union during former President Barack Obama’s presidency.

In a universe of unlimited possibilities, California’s residents could potentially vote to change their constitution. They could then potentially vote to leave the United States. If and when this were to happen it is unclear how the federal government would respond, if either by force or by sanction. Trump’s administration has not yet commented on the initiative, which is likely because Trump was so heavily trounced in the state he would be happy for them leave for his own petty reasons.