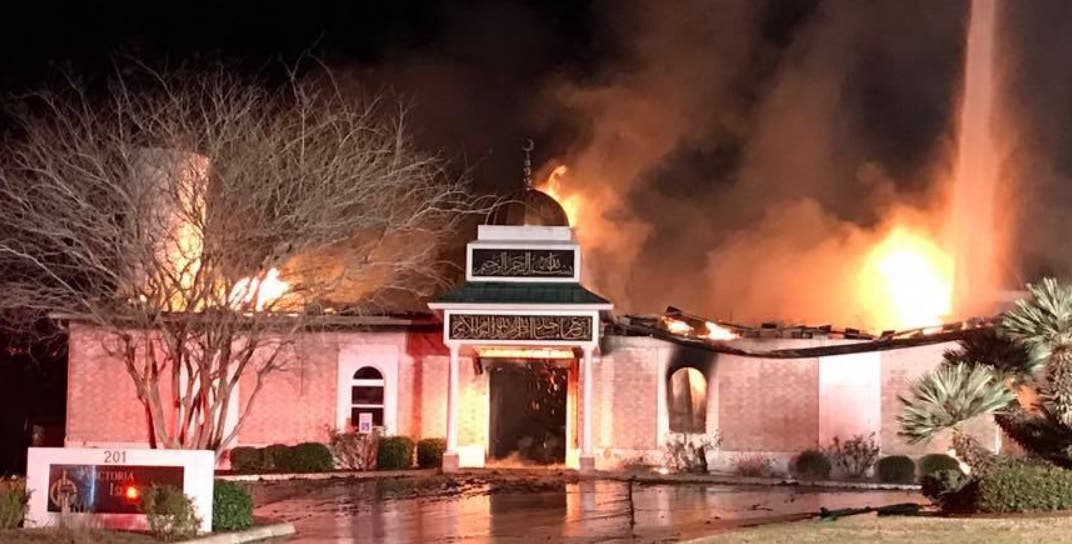 Just a few hours after President Donald Trump signed his executive order banning the entry of citizens from seven Muslim nations into the United States and ending the Syrian refugee program, the terrifying consequences have made themselves all too clear.

Worshipers at the Victoria Islamic Center in Victoria, Texas, arrived for predawn prayers only to find their mosque burned to the ground. While police have not yet determined the cause of the fire, the fierceness of the blaze, the timing, and the fact that this mosque has been previously targeted by racists all point to an attack by domestic terrorists.

The Islamic Center of Victoria at 201 E. Airline Rd is fully engulfed in fire. A clerk at nearby Exxon station said he called 911 abt 2 a.m. pic.twitter.com/yc9akLNfnq

The Victoria Mosque was burglarized just a week ago, and in 2013, a man admitted to spraypainting “H8” (shorthand for hate) on the outside wall.

This is the second mosque in Texas to burn in three weeks.

Now that white supremacy and Islamophobia has been legitimized and institutionalized by our racist-in-chief, we can only expect more and more of these heinous attacks as racist elements become emboldened. It falls to us as progressive Americans to make sure that Muslims in our communities know they are welcome and have our support; we must work together to protect the rights and the safety of all our citizens, no matter their race, creed, or nationality. Hate cannot be allowed to win.

If you would like to contribute to the reconstruction of the mosque, you may do so here.