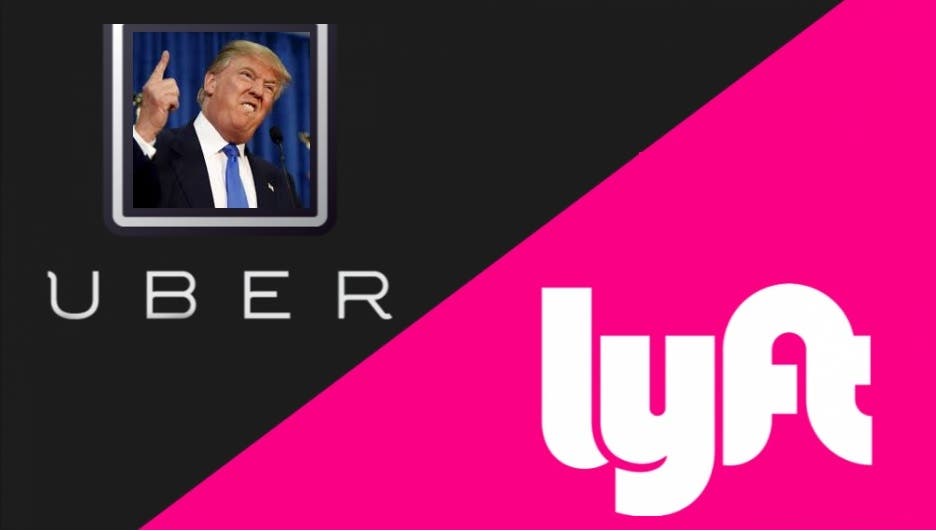 The battle between ride-sharing services Lyft and Uber just got political. After the New York City taxi union went on strike in support of stranded refugees and green card holders, Uber dropped their “surge” pricing and began ferrying customers away from John F. Kennedy airport, undercutting the taxi strike and exploiting a political demonstration to make a quick buck.

Furious protesters started the #DeleteUber hashtag which quickly took off as hundreds began posting screenshots of themselves deleting their accounts off their phones.

Lyft decidedly quickly that they wanted to be on the right side of history and announced its support for the strike. To make it clear how serious they were, the company pledged to donate a million dollars to the American Civil Liberties Union over the next four years.

“Banning people of a particular faith or creed, race or identity, sexuality or ethnicity, from entering the U.S. is antithetical to both Lyft’s and our nation’s core values. We stand firmly against these actions, and will not be silent on issues that threaten the values of our community.” said the co-founders in a statement.

Uber had been under heavy fire from progressives over the past few weeks already, because CEO Travis Kalanick is collaborating with Trump on his “economic council” and was even forced to issue a statement defending himself to his own employees. “We’ll partner with anyone in the world as long they’re about making transportation in cities better” said the billionaire.

Corporations seeking to profit off a corrupt Trump administration at the expense of American workers and values is not entirely unexpected but a disgraceful decision to make nonetheless.

Here’s the whole text of the Lyft letter:

.@lyft says it will donate $1,000,000 to the ACLU “to defend our constitution” from Trump’s Exec. Order. pic.twitter.com/CxafOh2Zv4