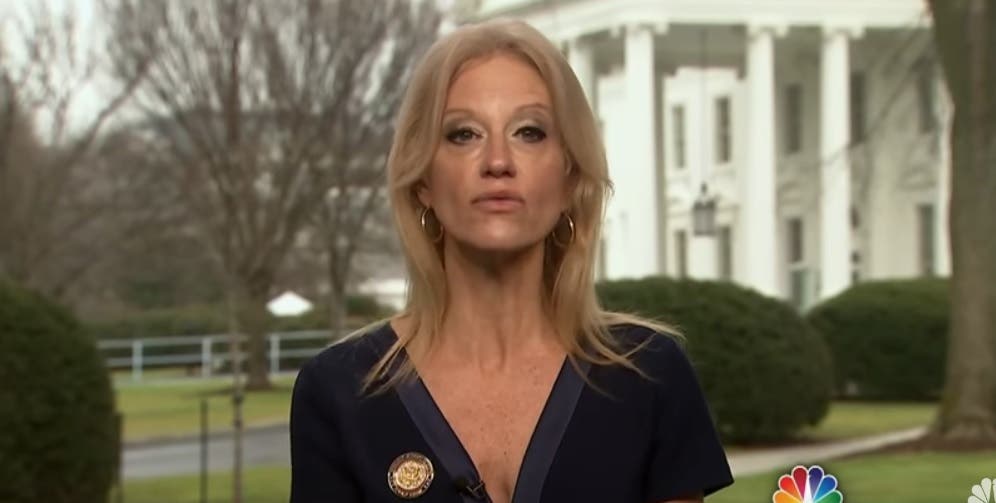 President Donald Trump’s senior adviser, Kellyanne Conway, just threatened every journalist who has covered Trump’s political rise in the last year with retribution for not showing him in a glowing light. Trump demands praise to fuel his narcissism, and he will have it or heads will roll!

The nefarious Conway is Trump’s former campaign manager who propelled him to power with her evil, but highly effective, style of political propaganda. Typically smooth and evasive Conway had a total meltdown on “Fox News Sunday” when speaking to host Chris Wallace about what she and her boss perceive as journalistic bias. She lamented that journalists should be fired and ominously stated, “We know their names.”

Wallace asked Conway about comments made by her colleague senior presidential adviser Steve Bannon, the former honcho at the rightwing publication “Breitbart”, to the New York Times when Bannon said, “The media should be embarrassed and humiliated and keep its mouth shut and just listen for a while. I want you to quote this. The media here is the opposition party. They don’t understand this country. They still do not understand why Donald Trump is the president of the United States.” Conway attempted to defend Bannon but it appeared that even she did not believe the words coming out of her mouth:

If you read people’s Twitter feeds, that crap would never pass editorial muster in a newspaper or on a TV show. The idea that tweets are my own. Really, at 10:45 a.m. when you’re walking out of the place where you work? Your tweets are not your own.

As Conway went on she began to visibly meltdown and suggested to Wallace, “Why don’t you talk less and go listen to America more?”

Relive that moment below in all of its idiotic glory:

When would “alternative facts” ever pass an editorial review except if they were published in Breitbart or some other trash rag without journalistic integrity? This too was a point which she foolishly attempted to defend and completely embarrassed herself in the process:

What happened last week? I went on three Sunday shows and spoke for 35 minutes on each show. You know what got picked? The fact that I said “alternative facts.”

Apparently, Conway is confused why she has received such pushback, unaware that the American public wants to know the actual facts and not skewed information. Considering that she has made a career out of lying, one can understand how her warped view of reality is clashing with individuals who pay attention and are not fooled, or impressed, by her slight of hand. She then began babbling by calling for journalists to be fired who “talked smack” about Trump during the campaign. She said, “We have all the headlines.” She also said, “We know all their names.”

Conway’s comments appear to be a warning to members of the media that the Trump administration is creating a list of media figures and sources who they do not deem to be friendly. What will Trump and his team do with this list? That remains to be seen but in the past Trump has mused about loosening libel laws so that he could sue journalists who write stories of which he does not approve. The constitutional right codified in the First Amendment guaranteeing freedom of the press means nothing to Trump and Conway’s words should be taken with grave seriousness.

Watch the full interview below: