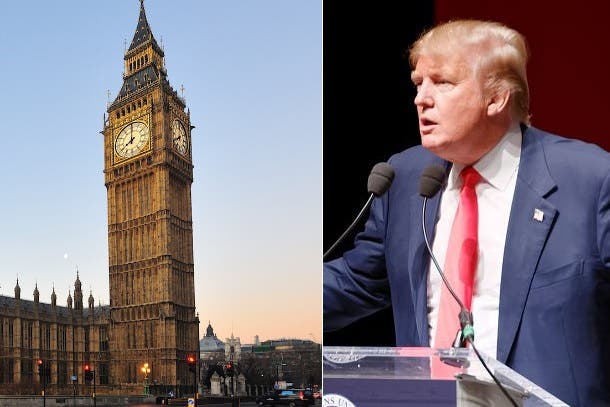 The House Oversight Committee Just Released Their Agenda. Guess What They AREN’T Investigating?

One year ago the British Parliament was compelled by a public petition to debate banning then-presidential candidate Donald Trump from the UK on the grounds of hate speech. Members of Parliament used the debate time to mercilessly mock Trump in a brilliant display of British comedy (video below). Further evidence of how much the rest of the world loathes Trump has now emerged.

Parliament will have to debate banning the now President Trump from making an official State Visit as a result of another viral anti-Trump petition. A petition needs 100,000 signatures to be debated by Parliament – the current anti-Trump petition has more than 1.7 million. Clearly, there is something deeply wrong with our government when 1.7 million people in a foreign country feel compelled to take political action against the president.

Donald Trump should be allowed to enter the UK in his capacity as head of the US Government, but he should not be invited to make an official State Visit because it would cause embarrassment to Her Majesty the Queen.

The likelihood of this petition being upheld by Parliament is uncertain, but we do know for sure that the ensuing debate will be hilarious and delightfully insulting. Unfortunately, regardless of what Parliament does or how many millions of foreign citizens express their horror and disdain for the Trump presidency, the tyrant-in-chief is only just beginning his reign.

Our thoughts are with Queen Elizabeth, an elderly and beloved monarch who might be forced to engage with the buffoonish President Trump.

The video of the last anti-Trump debate: