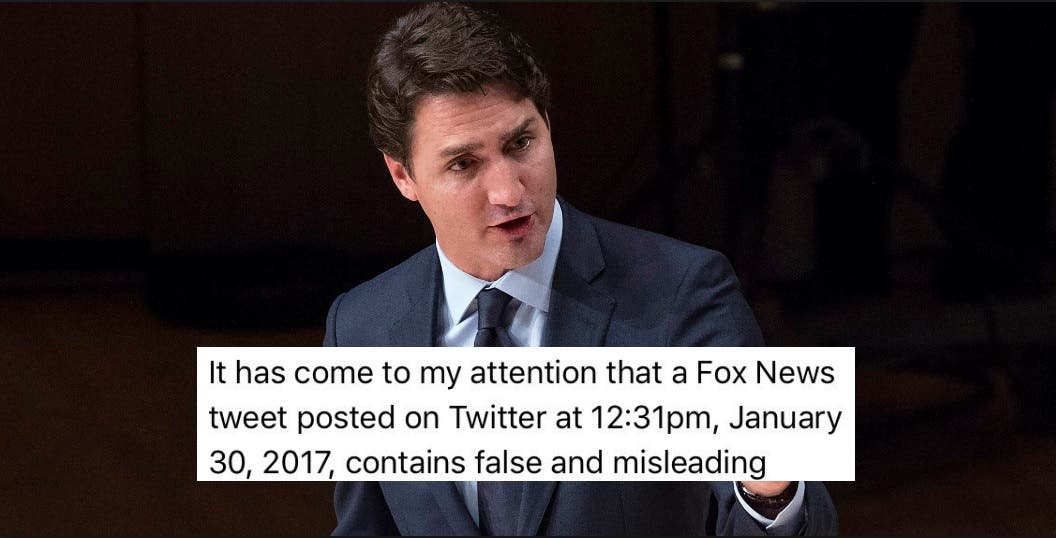 Crooked Trump Has Already Been Sued 50 Times Since Taking Office

The Canadian government has officially stepped in to stop the spread of poisonous lies from conservative propaganda factory Fox News. After the recent terrorist attack at a mosque in Quebec, Fox News published a tweet announcing that the suspect was of Moroccan origin.

Kate Purchase, the Director of Communications for Prime Minister Justin Trudeau’s office, has publicly shamed Fox News for their deceptive, race-baiting reporting tactics. She published the following statement on Twitter:

Earlier today I sent an email to @FoxNews about their misleading tweet yesterday. We will continue to stand up for our citizens (1/3) pic.twitter.com/sGz47PxMcb

Fox News finally deleted their tweet blaming the man of Moroccan origin who did nothing wrong, admitting that they had misled the public. America under the new Donald Trump Administration is too corrupt to stand up to Fox News’s ingrained love of marginalizing and demonizing minorities, so Canada is forced to do it for us.

That being said, we commend Prime Minister Trudeau and his staff for refusing to let minority members of their community be vilified, even in countries beyond Canada’s borders. It is just unfortunate that it apparently takes a tremendous amount of uproar to convince Fox News to (at least in public) respect the right to existence of minorities in the West.