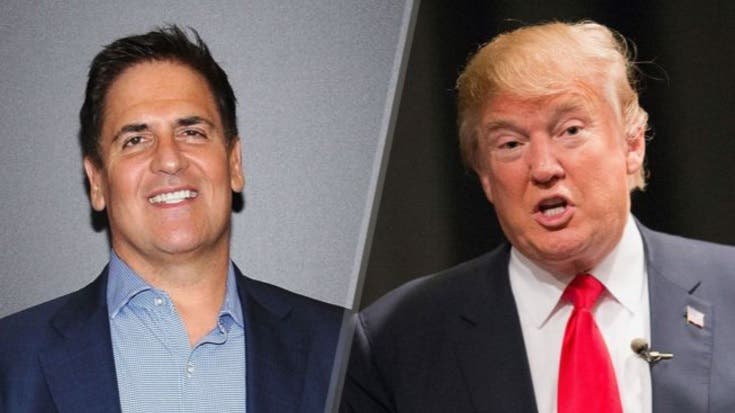 Outspoken billionaire Mark Cuban just slammed Donald Trump’s management style and un-American Muslim ban on CNN. Trump’s Muslim ban is causing real life misery all over America. A Syrian-born Doctor from Chicago is suing for the right to return home, and a family of Syrians who voted for Trump is now upset that the man they didn’t take literally, literally tore their family apart with a single pen stroke. A one-year-old burn victim is separated from his parents while he awaits surgery; another child who needs heart surgery will not be able to take advantage of American medical expertise.

While all of the above-described – wholly preventable chaos, misery, and death – took place, Donald Trump took the time to screen the movie Finding Dory, about a family which is separated and must travel the ocean desperately hoping to reunite against terrible odds. Make no mistake about it, Cuban’s roast of “the guy in charge” will resonate in an Oval Office as thin-skinned all the way around as its Dear Leader, the Discriminator-in-Chief Trump. He told CNN’s “OutFront” (full video below):

“Let’s just be real, real clear. The ban was half-assed and half-baked, right? It was half-baked, it wasn’t thought out, it was rushed, and it was ridiculous. When something like this happens, it calls into question the management skills of the guy in charge.”

Cuban continued with a great analogy about the security theater mindset which permeates the Trump regime’s early moves, most of which are pointless exercises of brute force:

“If the goal was security, why do you leave off any other countries that hosted terrorism? That’s like locking your front door and leaving all of your windows open.”

Trump’s Muslim ban order was sweeping, timed to begin during a heavy travel time, without notice and guaranteed to hurt innocent people in transit for mundane reasons. Trump’s team wrote that the purpose of the irrational ban was alternative facts like ‘keeping America safe’ when all it does is put our nation more at risk.

Mark Cuban’s critique of Donald Trump’s callous and damaging “management style” fits the style of a mentally disordered narcissist; a man cold enough to cause mass suffering, with no tangible benefit in sight and no serious thought or actual logic in acting.

The reality is, we have an actual madman in the White House, and the Republican Congress is uninterested in acting as a co-equal branch of government and enforcing America’s Constitution.