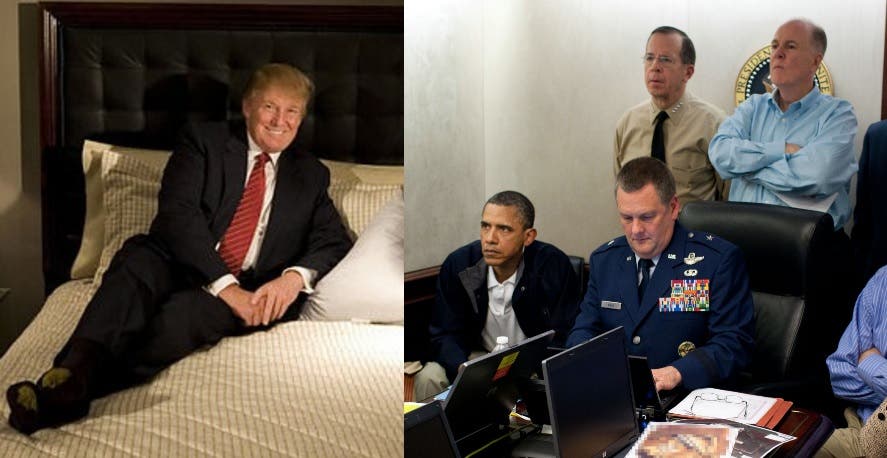 During President Donald Trump’s first covert military operation, our craven Commander-in-Chief couldn’t even be bothered to be in the Situation Room. Today, his Press Secretary, Sean Spicer, today stated that Trump was not physically present with Defense Secretary General Mattis and other top security officials to watch and direct the raid.

Wow, @PressSec says Trump was NOT in the Situation Room during Yemen raid. #Yemenghazi pic.twitter.com/P13SVvYfmm

Spicer told the press, “The president was here in the residence. He was kept in touch with his national security staff. Secretary Mattis and others kept him updated on both the raid and the death of Chief Owens as well as the four other individuals that were injured. So he was kept apprised of the situation.”

Navy SEAL William “Ryan” Owens lost his life during an operation that security officials said took place “without sufficient intelligence, ground support or adequate backup preparations.” The SEALs found themselves facing a prepared enemy who somehow knew they were coming. At least 23 civilians were killed, including ten children.

Trump’s lack of commitment to the demands of the presidency and his horrifying disregard for the lives of American soldiers is on full display. He refused to wait for adequate intelligence before blindly risking and ultimately sacrificing American lives – and he couldn’t even be bothered to show up to the situation room to see it play out. This is the antithesis of how a commander-in-chief is supposed to behave; it is cowardice of the worst kind. Trump’s refusal to observe the consequences of his actions indicates a complete lack of regard for the consequences themselves, meaning he is extremely likely to irrationally make decisions that he won’t even bother to see through. That is unacceptable when lives are on the line.