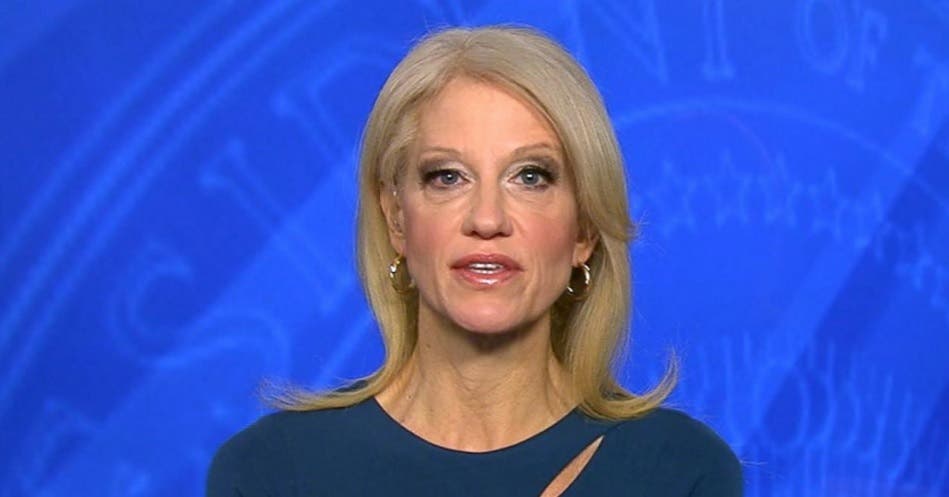 Trump’s Senior Advisor Kellyanne Conway appeared in a recorded interview on MSNBC’s Hardball with Chris Matthews last night and delivered yet another one of her famous “alternative facts.” This time, she invented a terrorist attack which never happened in order to stir the pot of Islamophobic anti-refugee sentiment.

“I bet it’s brand new information to people that President Obama had a six month ban on the Iraqi refugee program, after two Iraqis came here, were radicalized, and they were the masterminds behind the Bowling Green Massacre, a lot of people don’t know that because it didn’t get covered.”

Kellyanne Conway’s fantasy of two Iraqis killing Americans were based on a true story, but reveal that Conway either has a faulty memory and no business advising a president with only a fleeting grip on reality himself, or she’s gaslighting America hard.

The “Bowling Green Massacre” in fact refers to a plot entirely concocted by the FBI. Refugees Waad Ramadan Alwan and Mohanad Shareef Hammadi were solicited by the FBI to help send money and weapons back to militants in Iraq. There was never any talk of an attack on American soil.

The FBI got the two men to comply with this scheme, busted them, and held them up as proof of a “terrorist cell” in Bowling Green, Kentucky. Unsurprisingly, no actual terrorists were found, because they never existed and the operation was little more than a sophisticated entrapment scheme. In fact, the Kentucky incident was pushed by the FBI to create false Islamophobic narratives, which willing outlets FOX News, and pathological liars like Kellyanne Conway to use to hoodwink ignorant right-wingers.

It also helps readers to know that Conway and Steve Bannon are members of a secretive right-wing extremist group, filled with conspiracy theory proponents and other widely read Republican propagandists and donors, which the Southern Poverty Law Center exposed in September.

Make no mistake, this is how rumors like #pizzagate are delivered from elected officials into the conspiracy theory mills, with a single actual fact, mixed with a bunch of lies and spin and the all important call to say the media refused to cover a major incident – that incidentally never happened:

Considering Trump’s propensity for twisting nearly any discussion with any person into a dystopian political narrative, this next tweet may start as parody, but end as policy:

What’s not new information is Kellyanne Conway’s slick way with words, aimed at inspiring Trump’s conspiracy mad followers, and then gaslighting the media into pretending that the master wordsmith who lives to give excuses for racism and discrimination only accidentally lied like hell and accused President Obama of issuing the kind of unconstitutional and unAmerican marching order’s we’ve seen coming from our newly fascist White House.

Real research backs up the fact that Republicans are spreading a false narrative to (surprise, surprise!) spread alternative facts about President Obama. Vox News wrote a lengthy debunk of the Republican party’s national misinformation campaign to blame President Obama for Trump’s horrifying Muslim ban, of which Conway’s slip is a leading national component:

The way in which the “Obama did it first” defense has been taken up by conservatives is extremely telling. By making this issue about the liberal media smearing Trump, they are normalizing him — making this a standard left-right fight rather than something extraordinary. By providing Trump cover, these conservatives — some of whom once identified as NeverTrumpers — are aiding and abetting Trump’s assault on America’s historic status as a welcoming safe harbor for immigrants and refugees.

Donald Trump’s top propagandist has a habit of making extremely controversial statements and then claiming it’s all just a mistake. Don’t fall for this nonsense.

Kellyanne Conway’s powerful gaslighting technique is designed to give inject lies into the public narrative, cause controversy and then later half-heartedly tell media that she didn’t really mean what she said, it was all just an accident while the lies continue to swirl and grow in the right-wing echo chamber.

In the immortal words of Public Enemy: Don’t believe the hype.