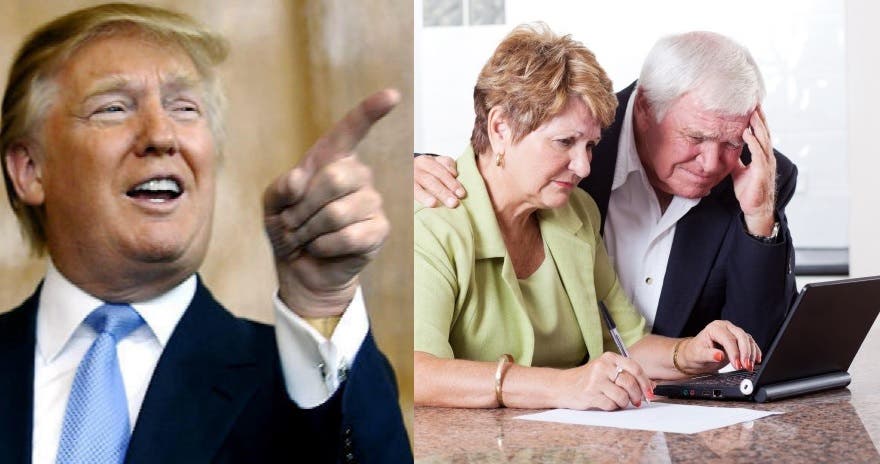 One of President Donald Trump’s central campaign promises was that his significant personal wealth would make him incorruptible. Throughout his campaign Trump constantly mentioned Hillary Clinton’s speeches to Goldman Sachs, using them to falsely portray her as in the pocket of the financial industry.

Trump made “draining the swamp” and ridding corruption in Washington one of his campaign promises. But so far, Trump has decided to drain the swamp by flooding it. The appointments of multiple Goldman Sachs alumns are a complete betrayal of Trump voters who stupidly thought that a lifelong businessman with investments in the financial sector was going to ignore his asset portfolio and make decisions that were in the best interest of the American people.

Unbelievably, Trump has gone a step further. He signed an executive order today that scaled back the 2010 Dodd-Frank law as part of his drive to “dismantle much of the regulatory system put in place after the financial crisis.” Remember, these laws were passed to prevent this from happening again. Of course, Trump’s Wall Street buddies didn’t like this as it ate into their profit margins. Repealing this law will allow banks to restart their risky, dangerous speculation which in part caused the 2008 financial crisis.

Not only does Trump want to remove the safeguards that protect our economy from disaster, his pal Gary Cohn wants to go a step further and make it legal for the financial industry to lie to their customers. In an interview with the Wall Street Journal Cohn stated that Trump’s administration will try to repeal the “fiduciary rule”, a regulation that forces financial advisers to actually give the best advice available.

The rule was imposed to tackle the growing trend of financial advisors telling their clients – often targeting elderly retirees, who are susceptible to being persuaded to make financial decisions that benefit banks and not themselves –  to invest in high-cost funds and enter into unnecessary trades so that they could pocket transaction fees and kickbacks for themselves. The fiduciary rule hasn’t gone into effect yet, and if Trump and his big-money cronies have their way it never will. This will no doubt affect senior citizens the most. Americans who have worked their entire lives to save up an adequate pension will see it go down the drain and into the bank accounts of Trump’s friends.

The repeal of the Dodd-Frank Act sets up our nation for yet another recession as the banks begin to play casino capitalism with the public’s money once again – not to mention Trump’s reckless threats of trade wars and import tariffs, as notable economists like  Ed Yardeni are predicting.

Trump’s hypocrisy and shamelessness is beginning to define his presidency. His reckless fiscal policies at a time when economists are predicting another financial deregulation could spell doom for the United States. In addition, he sees no problem in ripping off seniors, a demographic that seriously aided his campaign victory! Not only is this your money and your livelihood Trump is messing with, but those of your grandparents.