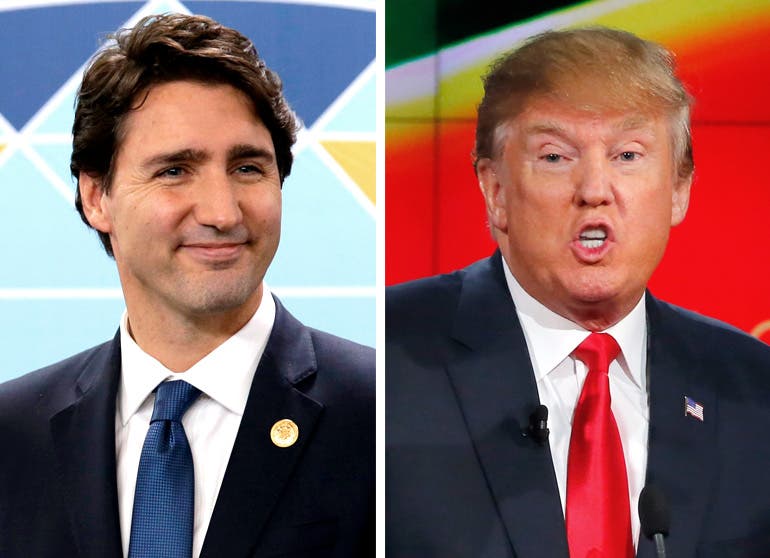 Trump Said He Wants To “Keep Evil Out Of Our Country.” Twitter’s Response Is Perfect

In hastily signing a ban on citizens from seven Muslim countries, President Donald Trump denied critical medical care to thousands of children who sought treatment at U.S. hospitals. Just like they accepted Trump’s rejected refugees, Canada has just agreed to treat these sick children whom the president of the United States turned his back on.

One of Trump’s rejects was a four-month-old Iranian girl, according to The Portland Oregonian. Little Fatemah needed heart surgery that she couldn’t get in her home country, so her parents had scheduled treatment at Oregon Health and Sciences University, in Portland. But, under Mr. Trump’s executive immigration order, she was deemed a terror threat and denied entry into the United States.

“The United States must be vigilant during the visa-issuance process to ensure that those approved for admission do not intend to harm Americans and that they have no ties to terrorism.”

Under this premise, a four-month-old girl, nearing death, was disallowed entry to the United States.

Fortunately, there are real leaders left in the world.

“These children are being turned away solely because of where they were born,” Ontario health minister Dr. Eric Hoskins said, announcing that his nation would welcome the rejected children and care for them in public hospitals. “Given that this is a critical time for these ill children, our ministry and Ontario’s specialized children’s hospitals, which provide best-in-the-world care feel the responsibility to act quickly.”

Other children rejected include an 18-month-old born without an eye, according to The New York Times. Her and her family made plans to relocate after she underwent surgery in Spain.

Immigration officials in Chicago were also forced to turn away a 40-year-old woman who was trying to visit her sick mother in Indiana, the Huffington Post reported.

With the United States losing its status as a beacon of hope for the world, Canada’s open and progressive leadership appears prepared to take up the baton. If the United States wants to preserve its place in the world, Democrats and Republicans need to push back on Trump’s short-sighted policies.