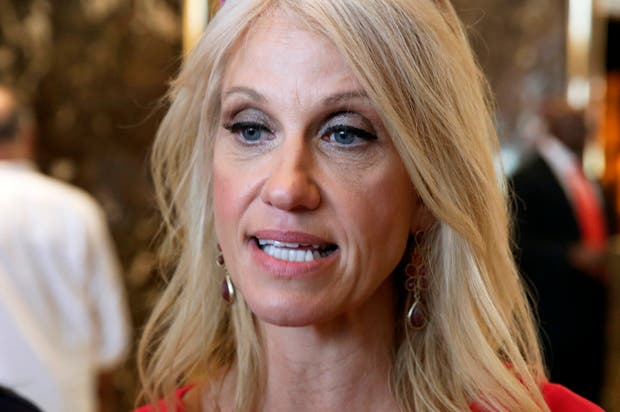 President Donald Trump and his administration have, at best, a contentious relationship with the media and particularly with CNN. That relationship just took another hit after CNN refused to accept one of Trump’s top advisers as a guest – and for good reason.

The trouble began when Sean Spicer, Trump’s chief minister of propaganda / press secretary, stated the administration would boycott the network. Spicer elaborated, “We’re sending surrogates to places where we think it makes sense to promote our agenda.”

Vice President Mike Pence agreed to appear Sunday on CBS, ABC, FOX, and NBC. He, however, would not appear on CNN in an apparant slap in the face to the network. After Pence declined, the White House offered to send Trump’s senior adviser, Kellyanne Conway, to appear instead. CNN said thanks, but no thanks.

This is the latest escalation between the Trump administration and CNN. Trump shouted down a CNN reporter at a press conference and called the network “fake news.” The mantra of “fake news” has become a staple talking point amongst the right wing by individuals who characterize anything with which disagrees with their sensibilities to be fraudulent.

Pence’s refusal to appear on CNN and then offering Conway as a sacrificial lamb is a curious move by the White House. Typically Trump and his administration do not bend, but perhaps they were attempting to allow Conway to clean up the various messes which she has created in the last couple of weeks.

Conway has found herself the subject of severe, and justified, ridicule after she stated the media was biased toward Trump and that is why his surrogates offer “alternative facts” during interviews. That comment ignited a firestorm which Conway was unable to extinguish before she lit an even more ferocious blaze by citing the fictitious “Bowling Green Massacre” in an effort to justify Trump’s highly illegal and unconstitutional ban on Muslims entering the United States. Conway offered a mea culpa, but the public has not let her off of the hook.

Whatever the motivations of the White House truly are they have made themselves appear weak by insulting CNN only to then throw them a bone – which blew up in their faces. CNN now has the upper hand and all of the momentum in their ongoing feud and it is unclear how the Trump administration will be able to turn the tide in their favor. This, once again, proves the neophyte nature of Trump and his team who are being outplayed across every spectrum of the political game.