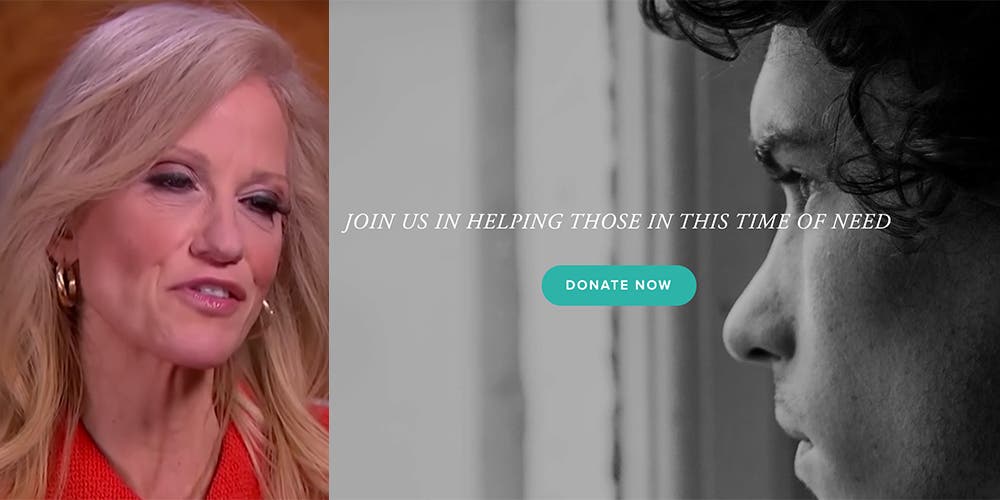 An ACLU supporter just trolled Trump’s counselor Kellyanne Conway hard after she delivered a whopper of an alternative fact in her mendacious attempt to create more Islamophobic conspiracy theories.

Last night on MSNBC, Kellyanne Conway concocted a fake “massacre” by Muslims in Bowling Green and complained about the media not covering an event which never happened.

An FBI ruse entrapped a pair of Iraqis living in Kentucky whose only actual means of being “terrorists” was help from that same law enforcement agency. They were never accused of plotting to attack Americans – just aiding and abetting militants halfway across the world.

In response, an anonymous ACLU supporter just started “The Bowling Green Massacre Victims Fund” in response to Conway’s gaslighting remarks, and the site directs people to help all of those who are victims of Conway’s gaslighting (most Americans who read the news today) to donate to their organization, who goes to bat seeking justice for all Americans facing government oppression.

The ACLU has already won victories in court over Trump and are going viral on social networks. Now you can watch the fruits of their labor grow as you read this witty copy on the “Bowling Green Victims” site:

We all still carry the vivid memories of what horrors occurred at Bowling Green, but some still relive those moments everyday as they work to rebuild a community torn apart. WE SHALL ALWAYS REMEMBER

The American Civil Liberties Union has enjoyed a resurgence of popularity and donations in the wake of its aggressive move to be a private sector check on the reckless orders of the new Republican regime running our nation into the ground.

Anyhow, everyone knows that the real Bowling Green Massacre happened in Ohio on the football field last year.

Our hearts go out to the victims of the Bowling Green Massacre…. #GoBucks pic.twitter.com/6cjtwOQwPx

Author’s note: A previous version of the story said that the ACLU created the Bowling Green Victims page. A diligent web search before writing this story revealed that the domain was registered with a privacy setting. At the time of publication, only The Hill and The Daily Dot had reported on the story. We relied upon The Daily Dot’s original report calling it an ACLU created website in drafting the title and text of this story.

As you can see, they have retained the original title, but corrected the story. Because The Dot issued a correction to their attribution, I have revised this story in title and text to reflect the unknown creator of the Bowling Green Victims Fund website today, on Feb. 8th.