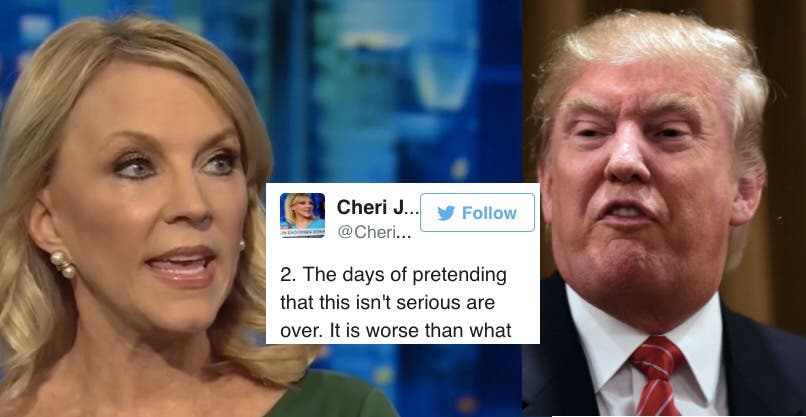 Trump Just Attacked The Judge Who Blocked His Muslim Ban. Dan Rather Responds…

The civil war inside the Republican Party just escalated when a prominent Republican media consultant who was offered the job of Trump’s communications director called for the media to fight back against Trump and his administration’s lies.

Cheri Jacobus is a renowned expert in media image consulting and was asked by Trump adviser Jim Dornan to lead Trump’s communications team. Jacobus declined and for good reason — she stands entirely opposed to Trump’s brand of disgusting politics. 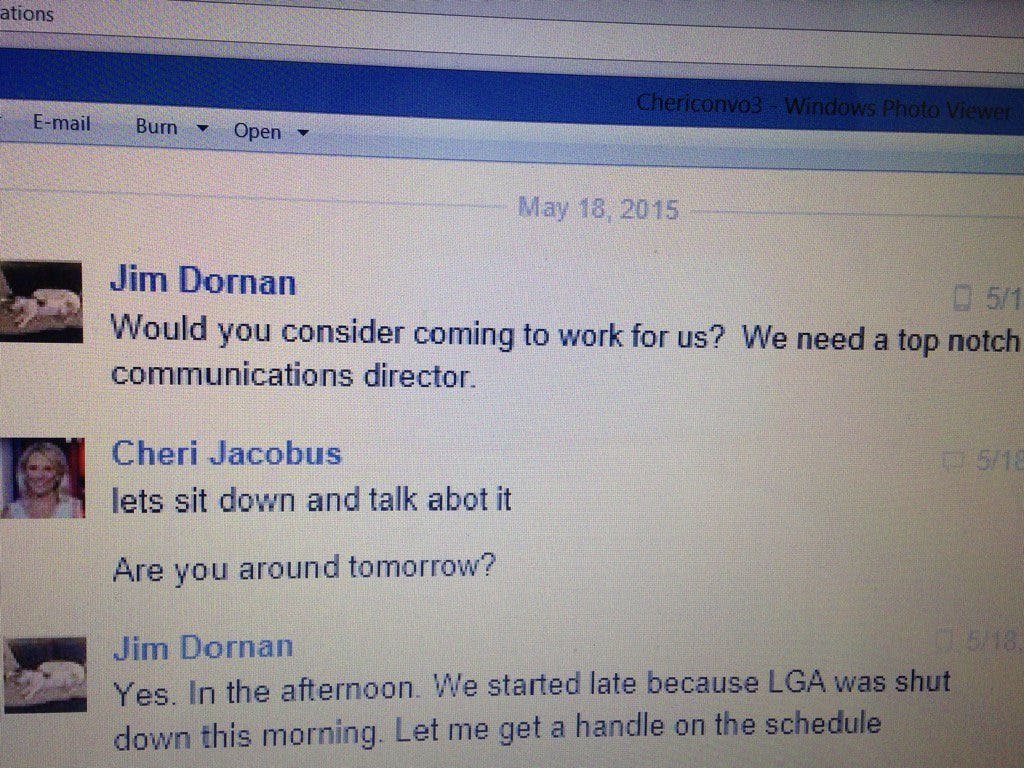 She took to Twitter to reveal a multi-step plan for the media to defeat Trump. She began by observing the first two weeks of Trump’s presidency have been a disaster and that those who pretend otherwise are fools:

1. One of the positive aspects of Trump/Bannon extremism in the first 2 weeks is that it’s harder to deny the trouble we’re in & can act

2. The days of pretending that this isn’t serious are over. It is worse than what was warned about during the campaign. The press must unite

Jacobus continued by pleading with media figures to stand against Trump’s intention to silence dissent. If Trump is able to pick and choose who reports on his presidency, based on how favorably they treat him, the American electorate is the ultimate lesser off:

Where others are timid to call out Trump’s adviser Steve Bannon, and his vile tactics, Jacobus tweeted he must be resisted:

4. When Trump/Bannon overreaches, all must call them out. When they lie, all must expose them. When they are treasonous, say so. Loudly.

Trump has taken to including his children in high-level diplomatic meetings with foreign dignitaries. His daughter, Ivanka, was present in a meeting with Japan’s prime minister for no apparent reason. Jacobus points this behavior was unacceptable then and in the future:

5. When a Trump family member is in a meeting they should not be in, question it immediately.

Given Trump and his administration’s penchant for asserting information which is inaccurate during live interviews, Jacobus says the way to combat this is to pre-record the interviews rather than broadcasting them life. She further states the interviews should be fact-checked after their broadcast:

6. Interviews with Trump and his people should be pre-taped and fact-checked at the time they are aired.

Rather than giving credence to the swarm of Trump trolls who disrupt political discourse with insults and threats, Jacobus says the proper tact to take is to ignore them rather than giving them any recognition:

8. emails & tweets media and Cong get showing massive support for Trump are FAKE. Do not make programming or policy decisions based on these

Finally Jacobus outlined that media outlets must boycott Trump’s White House Correspondent’s Dinner until he agrees to allow access to all major media outlets. Until Trump halts his policy of choosing who is allowed to cover his presidency the majority of the media must push back:

9. Media should boycott the White House Correspondents Dinner unless Trump agrees to free & open press. This should not be negotiable

Trump has only himself to blame for the fiery comments by Jacobus. Where the Republican party used to have an effective strategy of walking in lockstep with one another, individuals of consicence can no longer tolerate his behavhior. Trump is a dangerous leader and unless a concerted effort is made to show him that he will not receive a free pass in the media he will continue to believe he is untouchable. That must end immediatley.