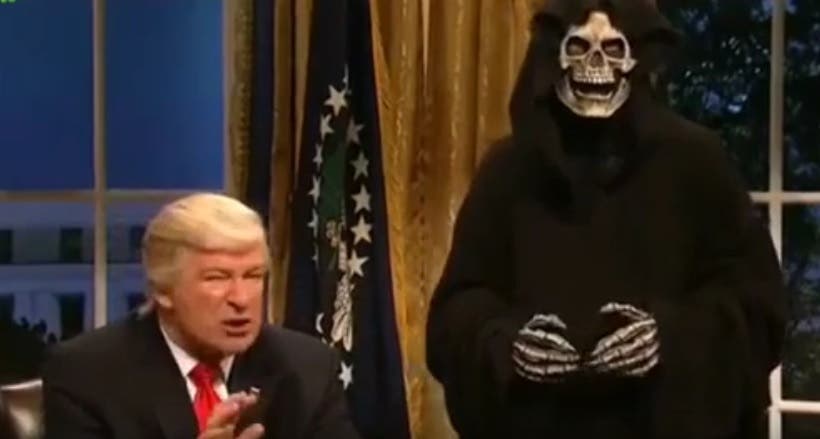 In this hilarious clip from this week’s episode of Saturday Night Live, Alec Baldwin impersonates Donald Trump and ruthlessly mocks his diplomatic faux-pas – like the botched call to Australia – and the fictional “Bowling Green Massacre.”

Trump’s neo-Nazi advisor, Stephen Bannon, joins him as the Grim Reaper to egg on President Baldwin into giving in to his worse instincts.

It’s a hilarious sketch that still hits home just how serious the threat that the unhinged Trump and devious Bannon present not only to our nation but to the free world as we know it.