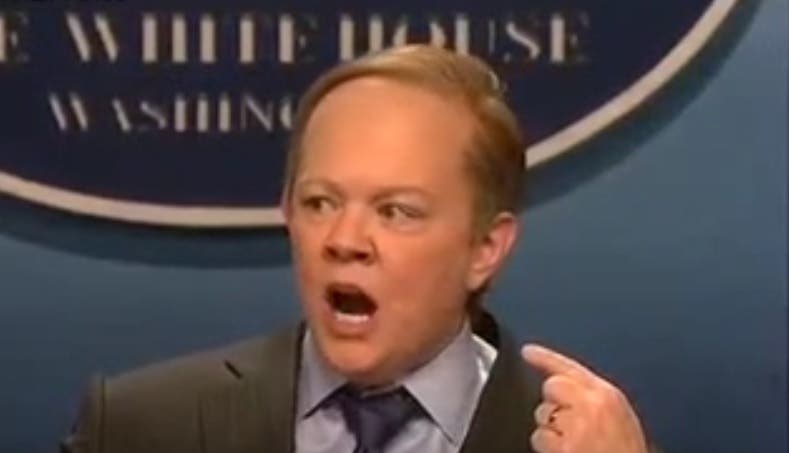 In this amusing clip from tonight’s episode of Saturday Night Live, Donald Trump’s press secretary is brutally lampooned as a high-voiced and literal tiny talking head. Actress Melissa McCarthy dons a wig and steps into the role of Press Secretary Sean Spicer with an incredible impersonation that is just as perfect as Baldwin’s Trump.

Channeling this administration’s hostility towards the press and the White House’s affinity for “alternative facts,” the clip mocks the exercises in absurdity that are Spicer’s daily press conferences.

Spicer is perpetually having to rewrite the truth and backtrack on his own statements to cover up the fact that his boss is an ideological weather vane, and this clip is the penultimate satirizing of the ridiculousness that is the new reality in Washington.