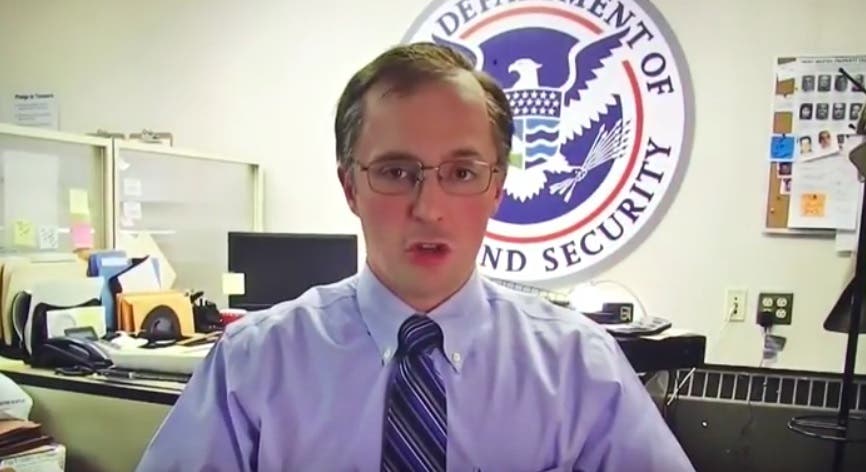 In real life, Trump’s horrifying Muslim Ban was mostly frozen by a federal judge appointed by President Bush in Washington state on Friday night.  SNL’s parody captures the epic fail of the 45th President’s epic failure to exercise his powers lawfully with a perfect conclusion.

The ban only lasted exactly seven days after its shocking inception before the courts froze it and DHS began readmitting people who have perfectly lawful permission to live in the United States from seven majority Muslim countries. SNL’s parody captures the epic fail of the 45th President’s epic failure to exercise his powers lawfully with a perfect conclusion.

It’s already a foregone conclusion that Alec Baldwin is an Emmy front-runner for his cutting parody of the new president. But this Customs PSA is even more searing by expressing some of the many ideas that the Trump regime’s senior advisors white nationalist journal editor Steve Bannon and former aide to Sen. Jeff Sessions (R-AL), Trump’s former rally warmup propagandist, Stephen Miller.