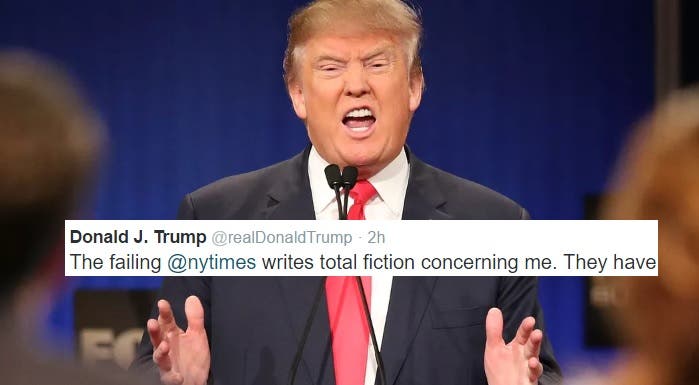 Last night, the New York Times published a heavily sourced and highly embarrassing profile of President Trump’s first two weeks in office. The detailed and extensive piece paints a picture of a White House in complete disarray as incompetent ideologues bicker behind the scenes while Trump watches FOX News and obsesses over his poll numbers.

The bungled rollout of his executive order barring immigrants from seven predominantly Muslim countries, a flurry of other miscues and embarrassments, and an approval rating lower than that of any comparable first-term president in the history of polling have Mr. Trump and his top staff rethinking an improvisational approach to governing that mirrors his chaotic presidential campaign, administration officials and Trump insiders said.

“I personally think that they’re missing the big picture here,” Mr. Ruddy said of Mr. Trump’s staff. “Now he’s so caught up, the administration is so caught up in turmoil, perceived chaos, that the Democrats smell blood, the protesters, the media smell blood.”

Cloistered in the White House, [Trump] now has little access to his fans and supporters — an important source of feedback and validation — and feels increasingly pinched by the pressures of the job and the constant presence of protests, one of the reasons he was forced to scrap a planned trip to Milwaukee last week.

Within the article was a bombshell revelation – that Trump is still so ignorant about the functions of our government he failed to understand the implications and the consequences of putting his white supremacist aide Stephen Bannon on the National Security Council.

Let that sink in. Trump is signing executive orders without reading or understanding them.

But for the moment, Mr. Bannon remains the president’s dominant adviser, despite Mr. Trump’s anger that he was not fully briefed on details of the executive order he signed giving his chief strategist a seat on the National Security Council, a greater source of frustration to the president than the fallout from the travel ban.

Ever insecure and terrified of humiliation, Trump obviously was infuriated by the scathing article, which highlighted not only how unfit Trump is to govern this nation but also how unpopular he is and how chaotic the inner workings of his administration are. That much was made clear when right on cue, Trump fired off a Twitter attack on the prestigious newspaper:

The failing @nytimes writes total fiction concerning me. They have gotten it wrong for two years, and now are making up stories & sources!

Perhaps expecting this, the Times was very intent on making it clear that all the information was from firsthand sources.

This account of the early days of the Trump White House is based on interviews with dozens of government officials, congressional aides, former staff members and other observers of the new administration, many of whom requested anonymity. At the center of the story, according to these sources, is a president determined to go big but increasingly frustrated by the efforts of his small team to contain the backlash.

President Trump’s mental instability and his perpetual battle with reality is extremely disturbing, to say the least. The Times noted that Trump goes so far as to lie to visitors about who the drapes were designed for (he says Franklin Delano Roosevelt; they were actually for Bill Clinton) in order to make his personal space seem more luxurious and significant than it really is.

At the end of the day, all of this information combined shines a very ugly light on Trump’s administration – and it’s only been two weeks.