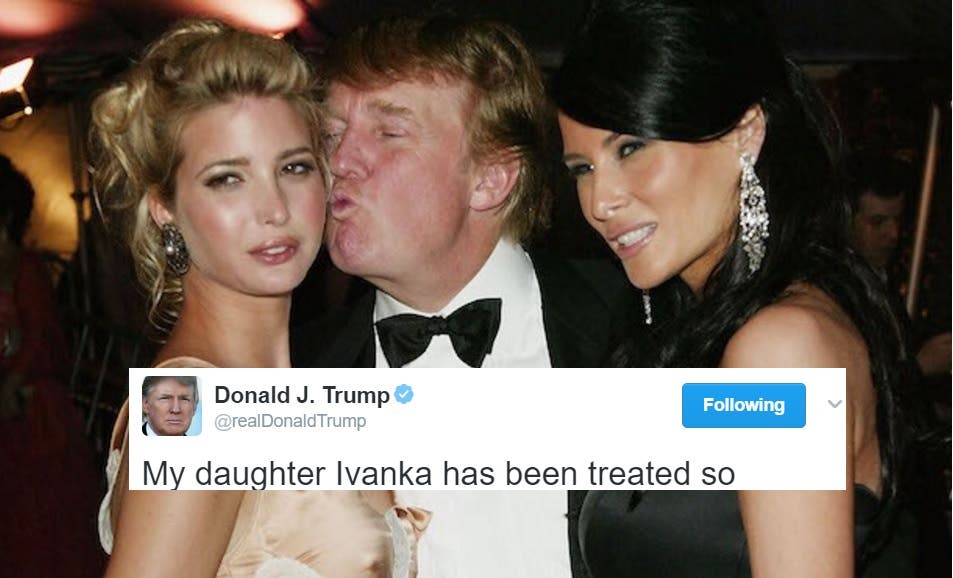 Earlier this week, luxury department store Nordstrom announced they would be no longer carrying the Ivanka Trump line of clothes, jewelry, and shoes due to poor sales and most likely the effect of a #GrabYourWallet anti-Trump consumer boycott.

In a statement, Nordstrom said that “We’ve said all along we make buying decisions based on performance. We’ve got thousands of brands— more than 2,000 offered on the site alone. Reviewing their merit and making edits is part of the regular rhythm of our business.”

President Trump, concerned that his daughter’s business troubles reflect poorly on him and by extension his own mediocre business record, took to Twitter today to blast Nordstrom for the decision.

Far from divesting himself from his businesses and handing his business empire over to his children, Trump is instead using his position as president to support their business endeavors, which are inextricably also linked to his own wallet. He literally just scolded a company for refusing to do business with his family.

White House: Trump has removed himself from the affairs of his family's businesses and will concentrate on running the country.

It’s another glimpse of the nepotism and corruption that is bound to characterize the Trump administration. His implication that without Ivanka’s guidance his is inclined to not “do the right thing” is also alarming. The Government Ethics Office declared his “plan” to put his businesses aside “wholly inadequate,” and this is just more proof that he has absolutely no intention of doing anything of the sort.

We may now know why Ivanka was in the White House yesterday:

Taking a call in the White House with my personal assistant Theodore. ❤ pic.twitter.com/7BY5jef0gw