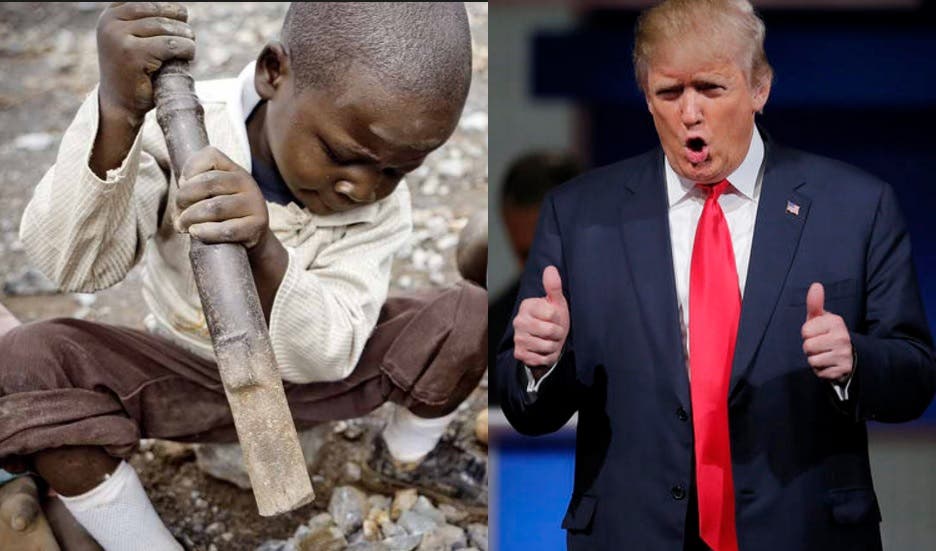 The Donald Trump Administration is poised to push through an executive order allowing American firms to secretly use conflict minerals in their products. Blood diamonds and other conflict minerals are primarily found in the Democratic Republic of the Congo (DRC) and surrounding central African countries where they are mined by armed militant groups and sold to fund their destructive activities.

The minerals, which include diamonds as well as tungsten, tin, gold, and tantalum, are ubiquitous in electronics like cellphones and laptops. With the world’s insatiable appetite for more and more ‘smart’ devices, these minerals are extremely lucrative.

As part of the 2010 Dodd-Frank law, a sweeping set of Wall Street reforms, American firms are required to investigate their supply chains of minerals for human rights abuses and support of violent conflicts with “due diligence.” Then, companies must file public reports with the Securities and Exchange Commission (SEC) disclosing their findings. Now Trump is planning on allowing firms to use conflict minerals without any transparency.

The Dodd-Frank rule had a visible effect on stability in central Africa and led to more responsible mining practices, but this progress is about to be reversed. Global Witness, a group that has done extensive research on conflict minerals in the DRC, told the Guardian that Trump’s proposed executive order is a “gift to companies wanting to do business with the criminal and the corrupt.”

They continued, “This law helps stop US companies funding conflict and human rights abuses in the Democratic Republic of Congo and surrounding countries. Suspending it will benefit secretive and corrupt business practices.”

This proposed move by the White House is indefensible. It allows companies to hide their activities that directly fund human rights abuses and armed groups that devastate communities across central Africa. Knowingly giving money to militants is reprehensible on every level and as consumers and voters we must not stand by as Trump tries to forfeit the world’s poor to satisfy his business cronies.