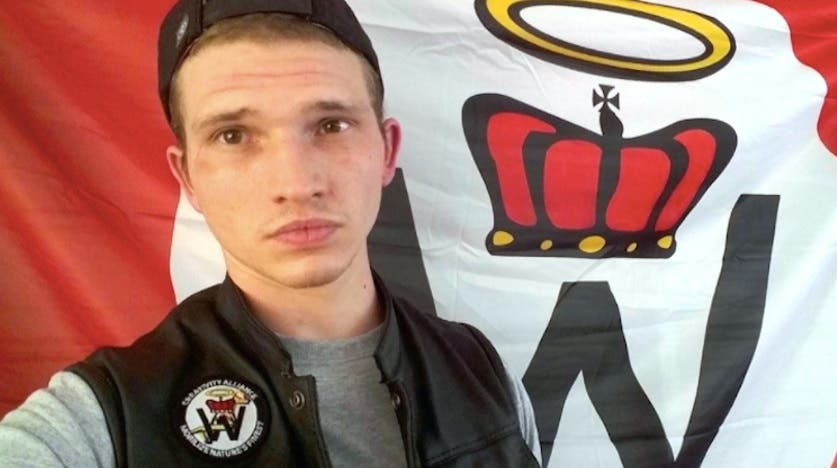 As President Donald Trump and his cabinet of white supremacists relentlessly fearmonger about terrorism from foreign nations and demonize immigrants, the real threat to America and her citizens festers and stirs within our own borders.

William Christopher Gibbs, a white supremacist from Georgia, drove himself to the hospital after exposing himself to the deadly toxin ricin, which is a deadly poison extracted from castor beans. It only takes small amounts to kill – in its purified form, only a few granules can end a life.

The FBI is now investigating Gibbs after discovering traces of the substance in his car and on his hands. “It turned out to be Ricin.  I think it was all contained inside his vehicle, just a small amount of something I think he had been experimenting with.  It was inside his vehicle and somehow he claimed he had exposed himself to what he made, got scared, and went to the hospital,” said Fannin County Sheriff Kirby.

To illustrate just how dangerous this substance is, nearly 100 officers in HAZMAT suits swarmed the scene. The 4th Weapons of Mass Destruction Civil Support Team of the Army National Guard was called out to make sure the situation was under control.

Gibbs, according to his Facebook page, is a member of the Georgia Church Of Creativity, a group designated by the Southern Poverty Law Center as a neo-Nazi organization.

While the full story is unclear as of yet, we can add two and two together. Gibbs was experimenting with extracting ricin for whatever heinous purpose, got some on himself, panicked, and ran off to the hospital. He is now being held in Fannin County jail, where he is charged with “reckless conduct and probation violation.”

Donald Trump and his cronies are doing all they can to downplay the threat of white supremacists – even having them removed them from the terror watch lists a few weeks ago. Just yesterday, Rep. Sean Duffy (R-WI) told CNN that “white terrorist attacks are different” than those committed by Muslim extremists.

With tonight’s confirmation of Jeffery Beauregard Sessions as the Attorney General of the United States, racists are now in charge of our justice department. We’re very lucky that Gibbs was foolish enough to need to turn himself in after playing with fire – but he is but a warning sign of a deadly cancer that is metastasizing throughout the nation.