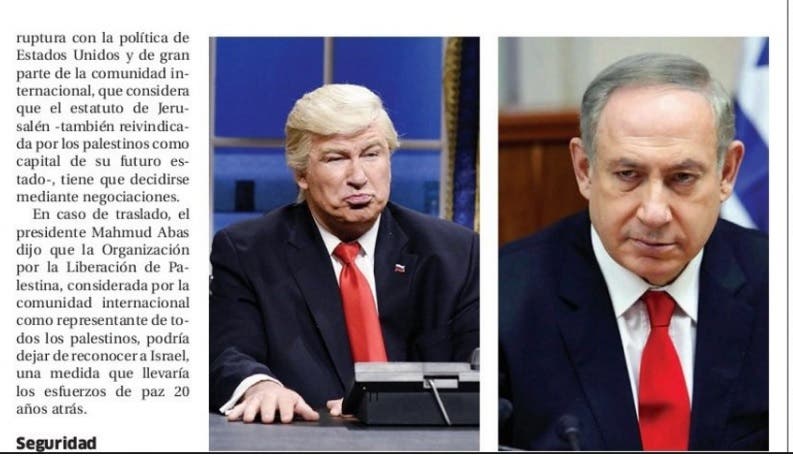 Whether this is an honest mistake or an epic troll, it is hands down hilarious. Ever since SNL began poking fun at him on the campaign trail Trump has been lashing out and every slight from the show renowned for cutting political satire. Instead of doing important things like responsibly governing the country, Trump constantly feels the need to prop up his bruised ego on Twitter.

Just days before his inauguration when Trump should have been focusing on his behind schedule transition he was watching SNL and tweeting that he doesn’t like show – presumably because now they portray him in an unfavorable light.

.@NBCNews is bad but Saturday Night Live is the worst of NBC. Not funny, cast is terrible, always a complete hit job. Really bad television!

Whatever the reason, if Trump ever catches wind of this newspaper picture his feelings will certainly be hurt and he might even take his temper tantrum public on Twitter.