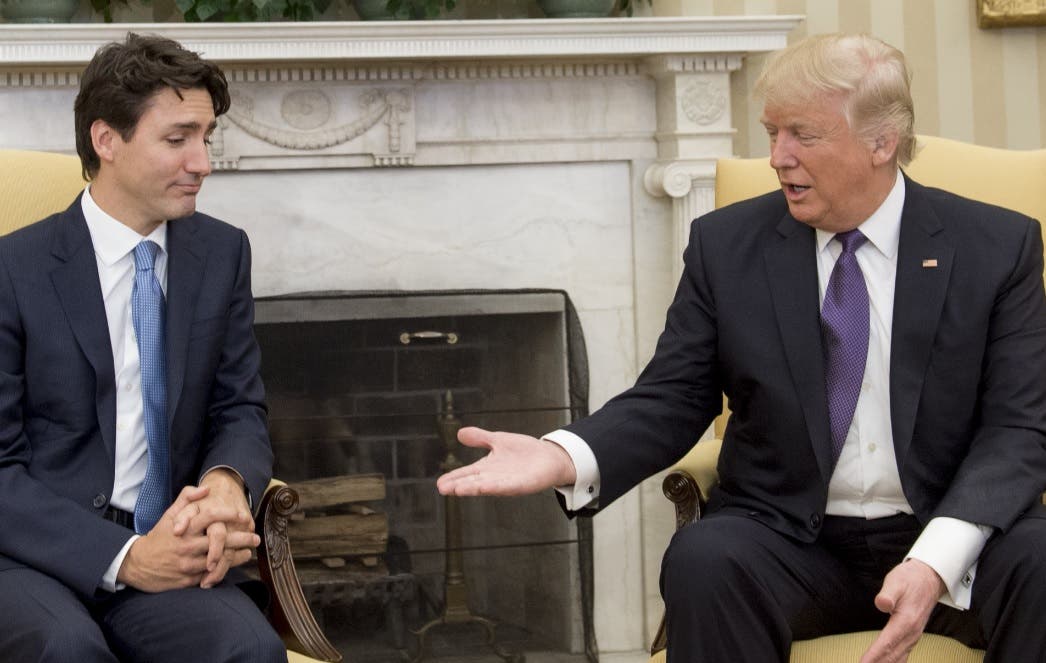 Donald Trump has a peculiar obsession with hands. The size of them, the strength of them, the shaking of them. Prime Minister Shinzo Abe of Japan became an instant meme last week after receiving an arduous 20-second handshake from Trump.

This week, Canada’s Prime Minister, Justin Trudeau, visited the White House and demonstrated once and for all how one should really shake Trump’s hand. Refusing to have his armed pulled by an overly aggressive Trump seeking to show dominance in the most primitive way he can, Trudeau braces himself and cuts off his leverage.

“A video of Trump welcoming Trudeau shows the prime minister quickly grasping the president’s shoulder with his left arm, seemingly bracing for a potential pull. Trudeau then brings the handshake close and toward his center, cutting off Trump’s leverage and ensuring that his shoulder remains intact” notes the Huffington Post.

Trump, who places a huge amount of stock in body language, definitely won’t miss the signal the Trudeau’s behavior sent.

The look on Trudeau’s face when Trump later demands another handshake says it all:

We can only assume the staff at the White House are looking at Trudeau and wondering why we couldn’t have an empathetic and intelligent leader like him.