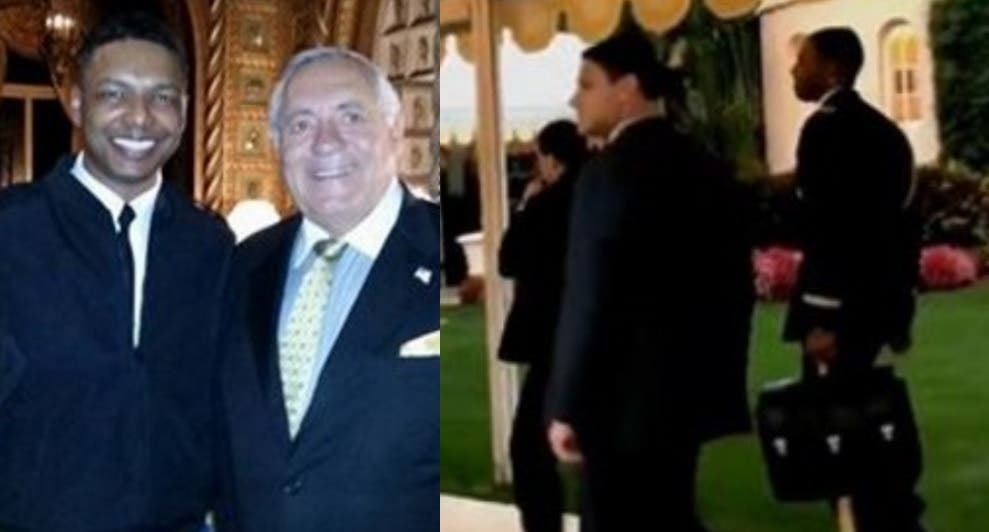 President Trump was enjoying dinner at his Mar-a-Lago mansion with the Prime Minister of Japan, Shinzo Abe (安倍 晋三) after a relaxing day of golf. When the news came down, Trump didn’t feel the need to interrupt his dinner. He had his aides bring classified information to the dinner table, where Trump and Abe began to strategize in the open as dozens of curious diners eavesdropped.

Afterward, they adjourned to an outdoor patio, where National Security Advisor Michael Flynn and Chief Strategist Stephen Bannon held cell phones lights to illuminate the documents in the dark.

The entire affair was conducted with dozens of paying guests around, as these photos clearly indicate.

Someone even took a picture with the man who carries our nuclear “football.” 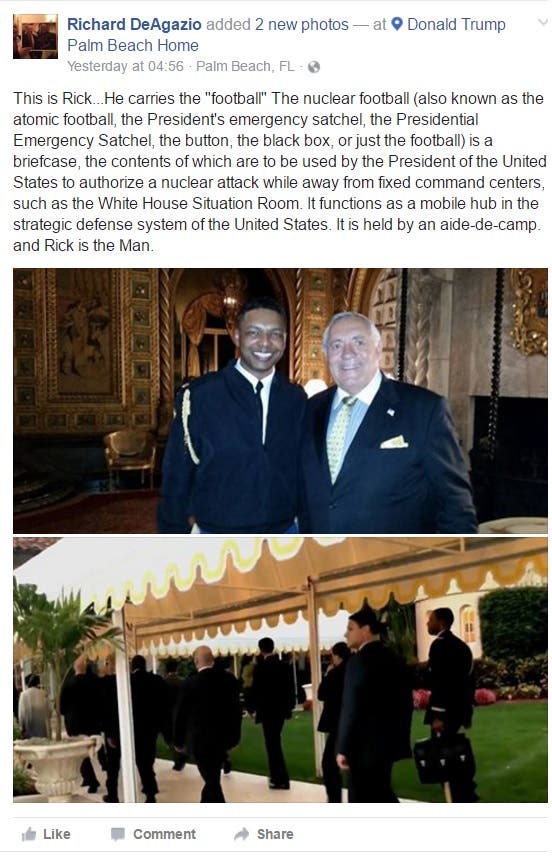 This is all, of course, outrageous violations of security protocols. When on the road, national security issues are to be discussed in a mobile secure tent designed to block electronic monitoring equipment, which Trump decided not to use.

When on the road, a SCIF (Sensitive Compartmented Information Facility) is used to discuss security issues; Trump did not (WH File Photo) pic.twitter.com/6Q5za6Ue6p

After spending his entire campaign lambasting Hillary Clinton for putting classified information at risk on her private email server, Trump is openly waving around classified documents at the dinner table and conducting high-level security discussions surrounded by uncleared civilians as they take photos with the man holding the keys to our nuclear arsenal. The hypocrisy is just unbelievable.