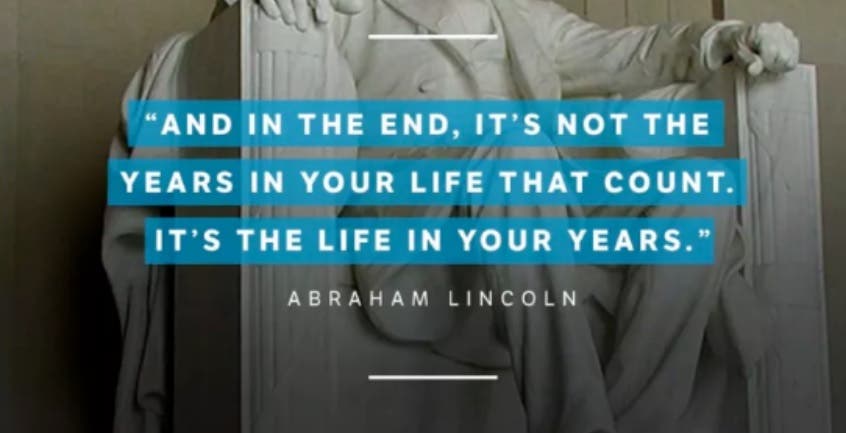 Today, to celebrate Abraham Lincoln’s birthday, the Republican party tweeted a platitude worthy of a cheap, discontinued greeting card and attributed it to Lincoln. The only problem is that Lincoln never said, “And in the end, it’s not the years in your life that count. It’s the life in your years.”

You can’t get away with misquoting one of America’s most beloved presidents for long. Twitter users quickly realized the mistake and began furiously tweeting at the GOP mocking and criticizing the disrespect for Lincoln’s legacy that they displayed.

Here are a few of the snarky tweets targeting the GOP over their colossal mistake, beginning with a former GOP official condemning their laziness:

.@GOP Dudes, when I was acting research director at RNC, we checked our facts.

@GOP this quote is as real as your fake Lincoln quote pic.twitter.com/H4OwUUYRIu

@GOP “I came here to kick ass and chew bubblegum, and I am all out of bubblegum.” -Abraham Lincoln

.@GOP “I’m not like the other girls” -Abraham Lincoln

.@GOP “I tried so hard and got so far. But in the end, it doesn’t even matter” -Abraham Lincoln

@GOP “SomeBODY once told me, the world is gonna roll me, I ain’t the sharpest tool in the shed” – Abraham Lincoln