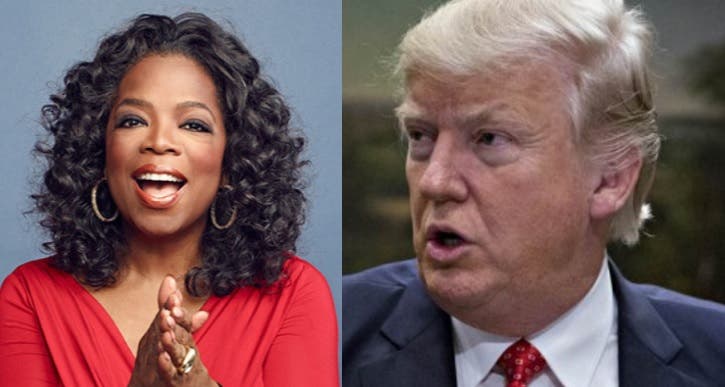 Talkshow host and media empress Oprah Winfrey once had Puzder’s ex-wife, Lisa Fierstein, on the Oprah Winfrey Show to recount how she had been cruelly abused by her then-husband.

But Oprah has generously provided copies of the tape of that episode to Senators of both parties so they have all the pertinent information when considering Puzder’s nomination.

Sen. Patty Murray (D-WASH) says she is “deeply troubled” by the contents of the tape.

Puzder is a harsh critic of minimum wage laws and worker protection regulations. His restaurant chain, Carl Jr’s, is known not only for the gratuitous use of hypersexualized women in their advertisements but also for deplorable rates of workplace sexual harassment – two out of every three female workers report some kind of harassment on the job.

But seeing as both Donald Trump and his Chief Strategist Stephen Bannon are both notorious abusers themselves, it’s easy to understand why Trump would want a similar-thinking man to run his labor department.

Let’s hope that the tape is convincing enough to prompt enough Republicans to do the right thing – for once.