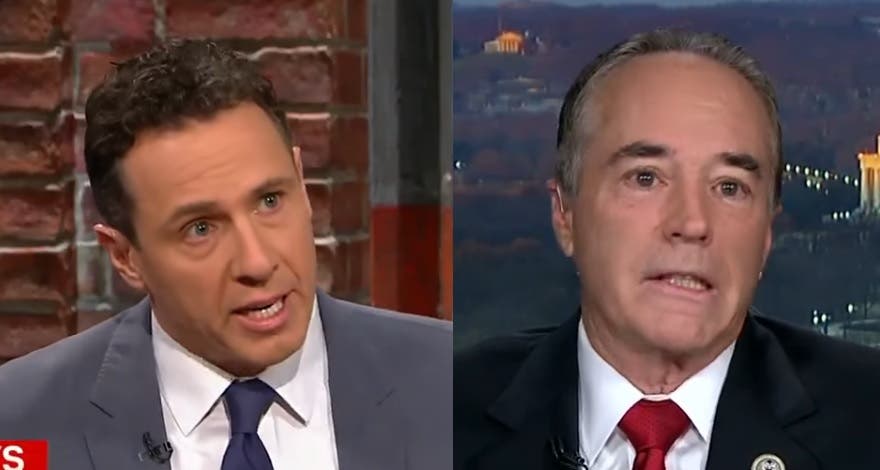 The efforts of the greater Republican Party to excuse, look the other way or otherwise sweep under the rug the rapidly expanding Trump-Russia-Flynn scandal are utterly reprehensible, if not surprising.

Congressional Republicans have proved long before that they are morally vacant ideological frauds for whom the most heinous of hypocrisies come as easily as breathing, but the abandonment of three decades of table-pounding hyperpatriotic obsession with national security at the drop of a hat is low, even for them.

That much was made clear today when Rep. Chris Collins (R-NY) spoke to Chris Cuomo on CNN’s New Day program. “Gen. Flynn did what he thought was in the best interest of the country. I certainly respect that and I think it’s just time to move on” said Collins.

It is truly breathtaking to see Republicans who were howling for Hillary Clinton’s arrest over a private email server suddenly change their tune and describe Flynn’s illegal and potentially treasonous communications with representatives of a foreign power as “the best interest of our country.”

Chris Collins himself accused Clinton of “bribing” Attorney General Loretta Lynch during the investigation of Clinton’s email server last year but somehow has no interest in finding out whether the National Security Advisor and the President of the United States are being blackmailed by a foreign power. The double standard is outrageous.

Chris Cuomo treated this with the disdain that such a ridiculous statement deserves.

“Congressman, there is zero chance that we are going to move on until answers to the questions that present themselves at least get notice from the White House. Come on, congressman. It’s Valentine’s Day and for the love of truth you cannot say you just want to move on. If we were talking about President Hillary Clinton and you found out her council knew weeks ago that this man was playing with the Russians about sanctions… and you just want to move on?”

Republicans held countless investigations and wasted MILLIONS of taxpayer dollars on investigating Hillary Clinton’s “scandals” that were never scandals in the first place; their refusal to hold Trump and his cronies to the same standard is tacit complicity in what is looking increasingly like an orchestrated attempt to commit treason and cater to the interests of a foreign power.