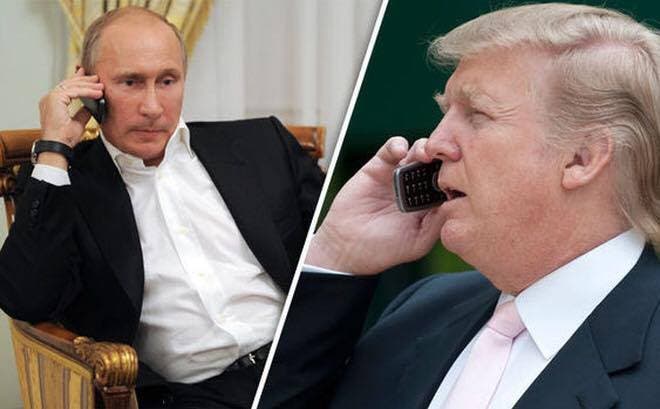 The New York Times received brand new information from intelligence sources who revealed that President Donald Trump has been surrounded by people in contact with top members of the Russian intelligence services and government since his campaign began. This revelation comes less than 24 hours after Trump’s former national security advisor Michael Flynn was forced to resign in the wake of Russia scandal. Flynn was caught illegally discussing sanctions with the Russian ambassador to America before Trump took office.

“Phone records and intercepted calls show that members of Donald J. Trump’s 2016 presidential campaign and other Trump associates had repeated contacts with senior Russian intelligence officials in the year before the election, according to four current and former American officials.”

“But the intercepts alarmed American intelligence and law enforcement agencies, in part because of the amount of contact that was occurring while Mr. Trump was speaking glowingly about the Russian president, Vladimir V. Putin.”

Members of the Trump team who are implicated span a variety of positions. Former Trump campaign manager Paul Manafort was forced to resign after just months on the job after suspicions that he had ties to the Kremlin from the political consulting he did with a Ukrainian dictator. The Times reports:

“The officials said the intercepted communications were not limited to Trump campaign officials, and included other associates of Mr. Trump. On the Russian side, the contacts also included members of the Russian government outside of the intelligence services, the officials said.”

The four officials interviewed by the Times were unwilling to provide most details since the investigations into ties between the White House and the Kremlin are still underway and the information is classified. They have not named any particular individual who is under suspicion nor have they confirmed that Trump aides and Russians discussed Trump or Trump’s policies.

However, there is clearly something going on. The Times explains:

“The National Security Agency, which monitors the communications of foreign intelligence services, initially captured the communications between Mr. Trump’s associates and Russians as part of routine foreign surveillance. After that, the F.B.I. asked the N.S.A. to collect as much information as possible about the Russian operatives on the phone calls, and to search through troves of previous intercepted communications that had not been analyzed.”

If there was ever a doubt about whether Trump is a Kremlin puppet, the information just obtained by the Times obliterates it. Trump is surrounded by people with sketchy links to Russia that American intelligence services are wary of. Whether he realizes it or not, Trump is not working for America anymore – he works for Russia. That a foreign power aided a candidate in winning the presidency represents an unprecedented attack on American democracy. Let the impeachment hearings begin.