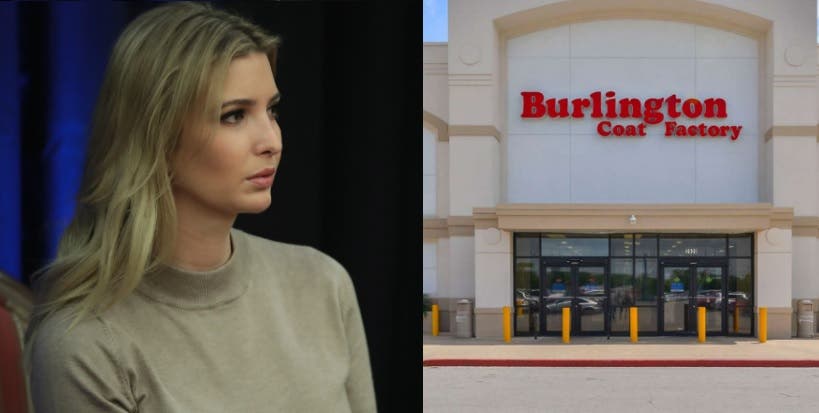 Ivanka Trump probably thought she’d be making a windfall as the First Daughter of the United States. Unfortunately for her, the free market that her father ostensibly loves so much has other ideas.

Yet another company, the Burlington Coat Factory, has abruptly dropped Ivanka Trump’s line of products, according to Business Insider:

As of Friday, the retailer’s website doesn’t show a stock of Ivanka Trump accessories and clothing. The change comes amid news of several retailers dropping the first daughter’s line in the last two weeks, including Nordstrom, Neiman Marcus, and Gilt.

The organizer of the #GrabYourWallet Trump boycott campaign, Shannon Coulter, says that it’s still unclear whether or not the company’s brick-and-mortar stores are still carrying her products.

The New Jersey-based retailer has not yet issued a statement on the matter.

Donald Trump caused a firestorm of controversy when he began publicly attacking Nordstrom for dropping his daughter’s brand in an extremely unethical act of nepotism.

All the stores that have dropped the Ivanka Trump brand so far cite poor sales as their reasoning, with little regard for the potential consequences from the White House. It just goes to show how powerful a consumer boycott can be, even in the face of the unhinged ramblings of a petty tyrant like Donald Trump.

Check out #GrabYourWallet.org to find out how you too can keep from shopping at Trump-connected businesses, and give organizer Shannon Coulter a follow on Twitter.