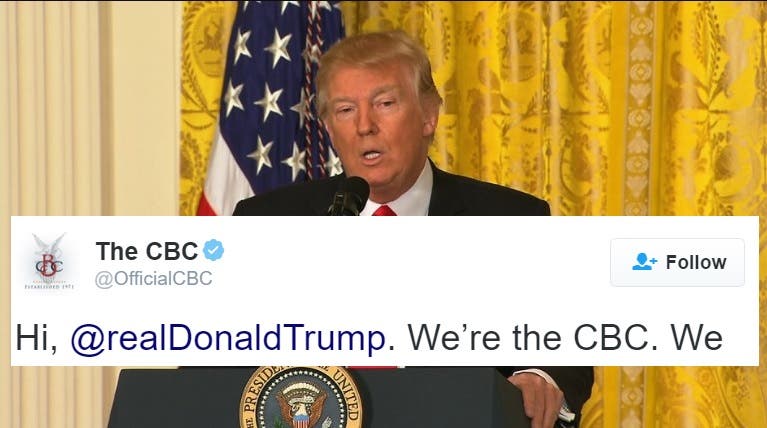 Today Trump’s racism was on full display when he accosted a black reporter, April Ryan, asking if he plans to talk to the Congressional Black Caucus (CBC) about his plans for urban and inner-city policies. African Americans are heavily concentrated in urban areas so these policies would disproportionately affect them.

First of all, Trump didn’t even know what ‘CBC’ meant. When Ryan clarified he started yelling at her to schedule his meeting with the CBC, making the assumption that all black people know each other and he can force random reporters to do secretarial work for him.

In the aftermath of this debacle, the CBC sent out a tweet that shows just how intentional Trump’s ignorance about black America is:

Hi, @realDonaldTrump. We’re the CBC. We sent you a letter on January 19, but you never wrote us back. Sad! Letter: https://t.co/58KiuHmITF

The CBC actually sent Trump a letter explaining exactly why his “New Deal for Black America” is misguided, and offering to work closely with him to develop policy initiatives that will help black Americans achieve full equality of opportunity with white Americans. Trump never responded.

Maybe Trump ignored them because his feelings were hurt by their detailed criticisms of his policy proposals. Maybe Trump doesn’t care about working with African Americans or improving the quality of life for black America. Perhaps the most obvious explanation is that bigoted Trump didn’t even read the letter.