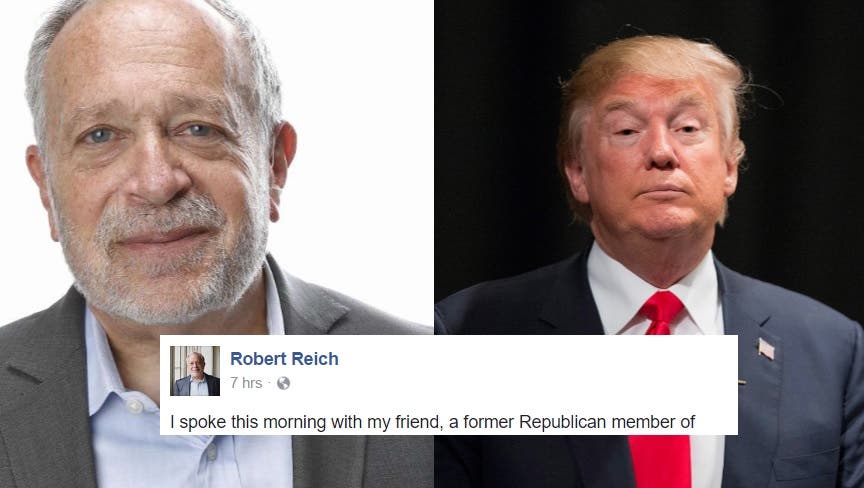 Former Labor Secretary Robert Reich took to Facebook this morning to share a conversation that he had with a former Republican member of Congress – and it was an illuminating conversation indeed.

It confirms much of what we have already inferred from the look-the-other-way attitude of Congressional Republicans. They are very well aware that Trump is under the influence of Russian dictator Vladimir Putin and are extremely alarmed by Trump’s unhinged and volatile behavior but aren’t willing to do anything about it yet lest they lose their chance to gut the social safety net and slash taxes for the ultrawealthy: It is further proof that the modern Republican Party has sold its soul to the devil and sold out our country to a small coven of wealthy oligarchs.

They would rather turn a blind eye to accusations of treason, piss on every value they pretended to hold dear, fiddle while the nation burns and trample the Constitution just so they can ram through their heinous agenda behind the scenes.

Our government is being run by a gallery of morally vacant frauds and self-interested cowards. If we are to take back our country from the minions of the financial elite, we must resist at every turn and hold them accountable for every move.