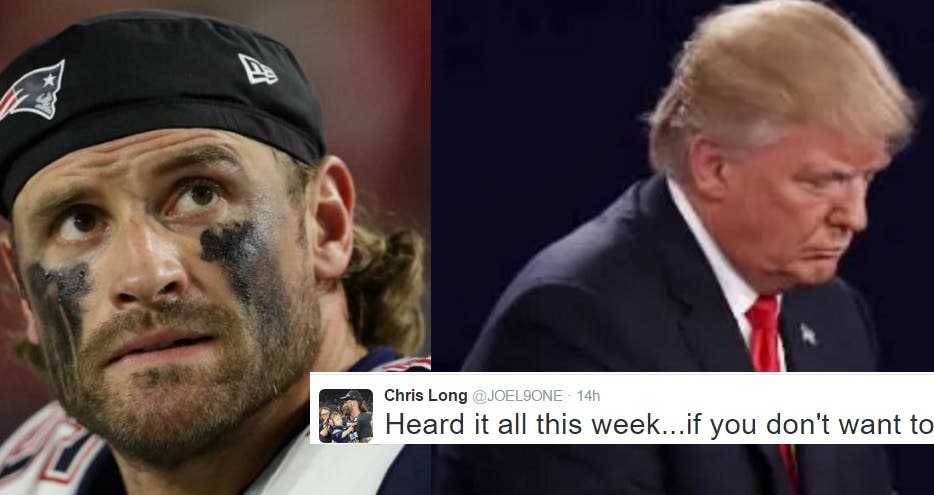 Yet another member of the New England Patriots is refusing to attend the traditional White House visit enjoyed by Super Bowl champions.

Four-time Pro Bowl defensive lineman Chris Long announced he would not be going to the White House after NY Daily News writer Chuck Modiano wrote an open letter to him, asking him to “stand up to Trump with his teammates.”

Long was quickly barraged with the usual attacks from angry football fans who also support President Trump – stick to football, you hate whites, you don’t support the troops, etc. – and he took to Twitter to put the haters and losers in their place:

Long received a torrent of criticism last September when he was one of the few white NFL players to publicly support Colin Kaepernick and other black players in their symbolic protest of the national anthem. He also has founded the Waterboys foundation dedicated to providing clean water to needy communities in East Africa.

We applaud Long for standing up to the ridiculous criticisms of Trump fans and for refusing to give Republican President Trump the legitimacy and the celebrity limelight that he so desperately craves.