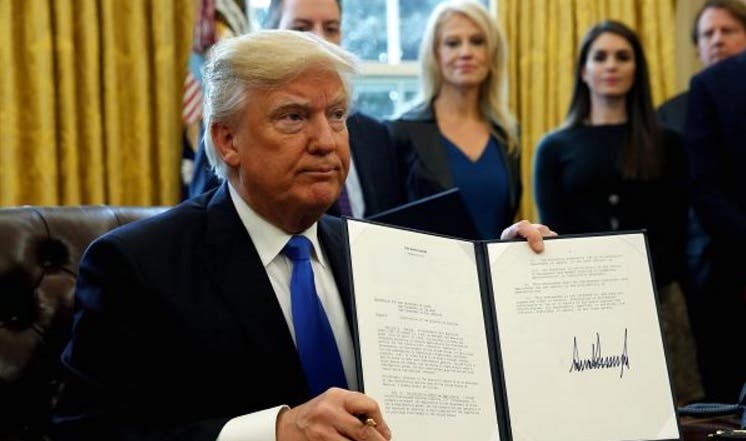 Mara Keisling, executive director of the National Center for Transgender Equality, told the Washington Blade on Monday that she had information from reliable sources that claim Trump has given the go-ahead for the Justice and Education Departments to send “Dear Colleague” letters to schools rescinding the guidelines. Keisling made a statement saying:

This is the first day of the president’s second month in office and he is now fully coming after LGBT people. I’m angry; I’m outraged. This is about kids who just want to go to school who just want to be themselves, and to hear the president a week or two ago talk about how supportive he is of LGBT people, its just outrageous that he go after trans kids this way.

Trump made the campaign pledge to remove the guidance after conservative states strongly objected to it, but he promised to “protect everybody.” The guidance was issued last May by the Obama Administration, asserting that denying transgender students access to the bathroom that conforms with their gender identity violate the prohibition on sex discrimination under Title IX of the Education Amendments of 1972.

At the time, then-Education Secretary John B. King Jr. made a statement saying:

No student should ever have to go through the experience of feeling unwelcome at school or on a college campus. We must ensure that our young people know that whoever they are or wherever they come from, they have the opportunity to get a great education in an environment free from discrimination, harassment and violence.

Trump’s administration promised last month that Trump is “determined to protect the rights of all Americans, including the LGBT+ community. President Trump continues to be respectful and supportive of LGBT+ rights, just as he was throughout the election.” Clearly, Trump has had a change of heart on the issue or – more likely – has been “advised” by his handlers to change his stance on the issue.

It comes as no surprise that a president who chose notorious bigot Mike Pence as his vice-president is no friend of the LGBTQ+ community. Pence’s anti-LGBT+ beliefs are well known, especially after as Senator he signed the Indiana Senate Bill 101 into law. The bill was carefully worded to allow discrimination of LGBT+ people, as it allowed business owners to refuse service to people if they had grounds to do so because of their religious beliefs.

Likewise, Trump’s Chief Strategist Steve Bannon guided Breitbart News in its shift into the far-right, which promotes homophobia, transphobia, misogyny as well as white nationalism, racism, and anti-Semitism. Within the administration, there are a large number of individuals who have like-minded and reactionary views about denying LGBT+ Americans their civil rights.

We know that Trump isn’t really running the show, and it’s likely that he was “encouraged” or “advised” to make this decision by those in his close circle who are hell-bent on making life miserable for LGBT+ people. This development is truly a tragedy for America’s transgender community.

Recent successes, like the guidance on toilets in schools, and changes in general attitudes towards the LGBT+ people were really beginning to make a difference. However, this new administration will allow, or even encourage, transphobia and homophobia to become acceptable in society once more.

Trump’s campaign promise to “protect everybody” rings hollow, just like many others. The hypocrisy of promising to protect LGBT+ rights, and then removing them weeks later, is disgusting and must stop. There is a high rate of suicide among the transgender community, and having a government that does not support them during often difficult times will only make this figure worse.

The list of marginalized communities in Trump’s America continues to grow. First, it was Mexicans and Muslims, now it’s the transgender community. Who will be next? African Americans? Canadians? Jews? This is a scary time to be a minority in America.