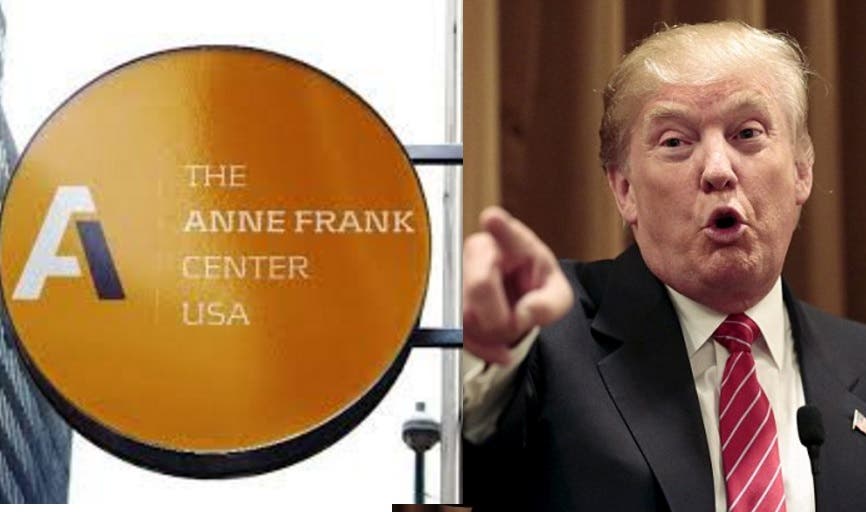 Twitter Is Celebrating As Milo Yannopoulos Resigns From Breibart

Earlier today, the Director of the Anne Frank Center For Mutual Respect issued a fiery condemnation of President Trump’s refusal to properly denounce the wave of bomb threats targeting Jewish community centers around the county.

The White House has responded in its usual condescending and bullying fashion. Press Secretary Sean Spicer told Director Goldstein that he should be “praising” Trump for his “leadership” and attempted to gaslight the nation into believing that Trump actually cares about protecting minorities and their civil rights.

“But I think it’s ironic that no matter how many times he talks about this that it’s never good enough. Today I think was an unbelievably forceful comment by the President as far as his denunciation of the actions that are currently targeted towards Jewish community centers. But I think that he has been very clear previous to this that he wants to be someone that brings this country together and not divide people, especially in those areas.

So I saw that statement. I wish that they had praised the President for his leadership in this area. And I think that hopefully as time continues to go by they recognize his commitment to civil rights, to voting rights, to equality for all Americans.

It is utterly astonishing to see the White House Press Secretary pursue a feud with the Anne Frank Center. Everything Trump has done so far tells a very different story than the one Spicer attempted to spin to the media.

Bomb threats have been called in nearly 70 times to 47 different Jewish community centers – eleven yesterday alone. Over the weekend, nearly 170 gravestones in a Missouri Jewish cemetery were defiled and vandalized. Synagogues have been smashed and swastikas spray-painted in public across the nation.

Today, Trump finally acknowledged the attacks, saying that the anti-Semitic incidents were “horrible and painful and a very sad reminder of the work that must still be done to root out hate and prejudice.”

Trump has installed anti-Semite Stephen Bannon as his Chief Strategist and notorious racist Jeff Sessions as his Attorney General; earlier today, he rolled back President Obama’s protections for transgender students and unveiled the second version of his appalling anti-Muslim travel ban.

It’s obvious that Trump has no intention of doing anything to try to quell the white supremacist and anti-Semitic sentiments that his election has aroused, and this pathetic response is further confirmation that Trump is hell-bent on unraveling the religious and ethnic pluralism that the United States was founded on.