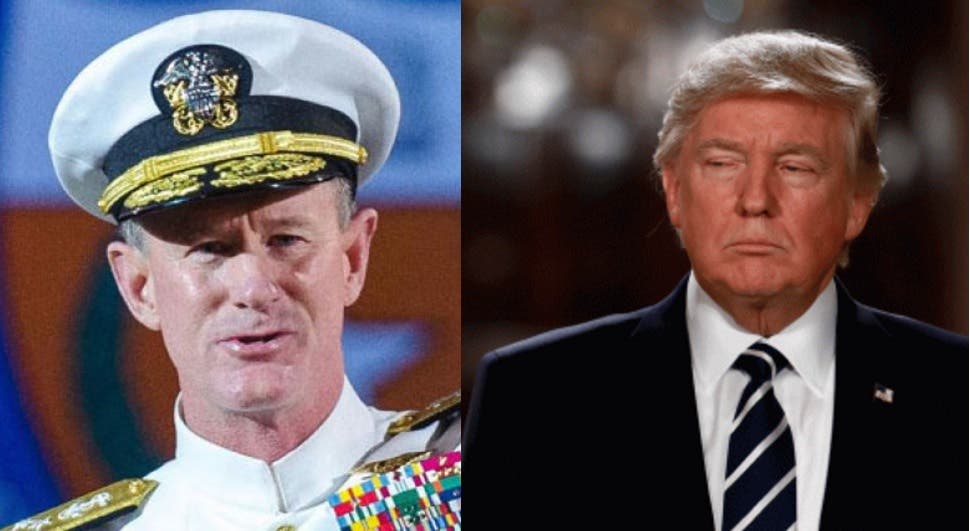 American citizens across the nation and from every level of society have been outraged by President Donald Trump’s comments about the media, especially his condemning them as “the enemy of the American people.”

Now, one of our most decorated military leaders has added his name to the list of those who take exception to Trump’s dictatorial and unconstitutional rhetoric.

On Tuesday retired Navy Admiral Will McRaven, now system chancellor at the University of Texas, was speaking at the university’s communications college during the Leadership Speaker Series. He praised the work of the press as important and necessary so that people in powerful positions can be held to account.

He then laid into our President for failing to uphold his oath to the Constitution and for infringing on our rights to a free press.

We must challenge this statement and this sentiment that the news media is the enemy of the American people. This sentiment may be the greatest threat to democracy in my lifetime.

If anyone knows what a threat to American democracy looks like, it’s Admiral McRaven. He began his career as a SEAL and worked his way up the ladder to serve as the commander of US Special Operations Command, retiring as an admiral with four stars. He advised both Presidents George W. Bush and Barack Obama and is responsible for organizing and overseeing Operation Neptune Spear, the raid which killed 9/11 mastermind Osama Bin Laden.

This is not the first time McRaven has spoken out against Trump’s hateful and divisive agenda. He recently released a statement on Trump’s Muslim ban:

I believe that the talent, energy, and idea flowing into the United States of America – and to UT Systems institutions – from countries around the world are among our greatest strengths. The men and women who show up at our shores and our doors – ready to study, work, and participate – make us stronger, smarter, more competetive, and more attuned to the rest of the globe. I would hope that my commitment to our nation’s security cannot be questioned. I stand behind our nation’s efforts to ensure all our citizens are free from the threat that terrorism can bring to our shores.

McRaven couldn’t be in a more qualified position to condemn Trump’s idiocy. This man has spent years at the epicenter of America’s armed forces and knows a heck of a lot more than Trump about what we need to do to keep our country safe.

Banning people from coming here outright based on their religion is a surefire way to make lots of enemies quickly. It is also, as McRaven points out, a detriment to the United States, as Trump is stemming the tide of talent and human potential that so desperately wants to call this country home.

Labeling one of the pivotal means of checking power in America “the enemy” is fascism, and McRaven and other like-minded veterans won’t stand for it. Neither will we.