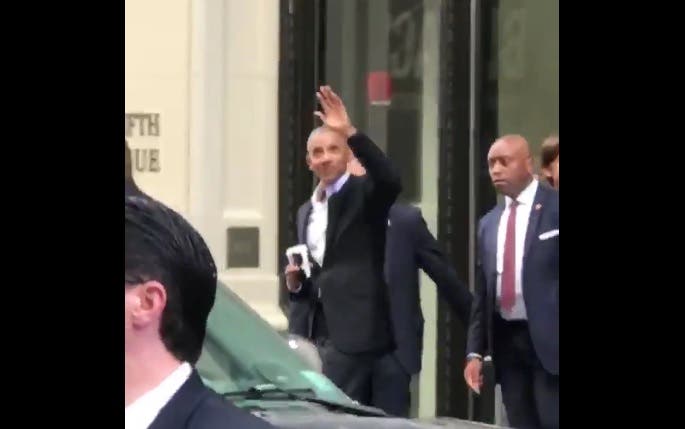 Former President Obama just attended a meeting on New York’s Fifth Avenue and then stopped for a cup of coffee.

Hundreds of onlookers gathered to catch a glimpse of the beloved president.

The reaction from the crowd tells you all you need to know about how the American people feel about our 44th President – and how deeply despised his successor is.

The last time President Trump was seen among everyday Americans, he was pursued by angry protesters all the way to his mansion at Mar-a-Lago.

We’re ecstatic to see President Obama back from his well-deserved vacation and to see what he plans to do in support of the resistance against un-American bigot Donald Trump.

Obama casually getting some coffee outside of the DoSomething office. pic.twitter.com/bWqfPjc0Ix