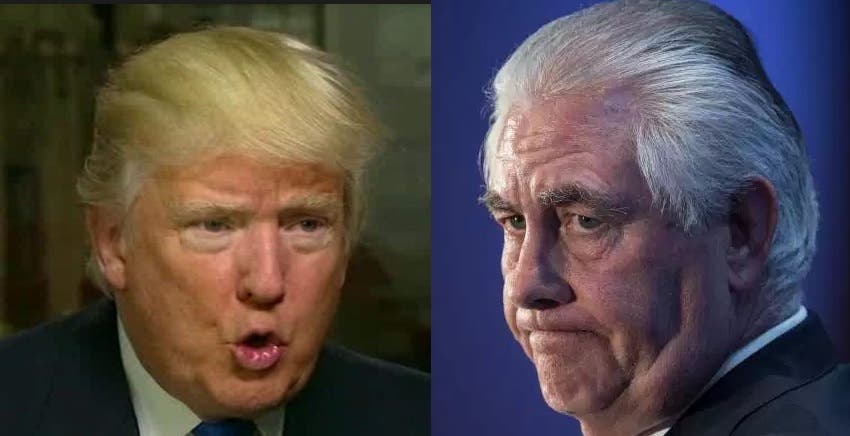 The State Department’s legal team prepared a four-page memo for Secretary of State Rex Tillerson, aiming to clamp down on the unauthorized leaks of sensitive information that have plagued the Trump administration.

That memo was, of course, immediately leaked to the Washington Post.

The Feb. 20 memo, written by acting State Department legal advisor Richard Visek, is entitled “SBU: Protecting Privileged Information.” SBU stands for sensitive but unclassified, a designation used on documents that are not technically classified but are not meant to be shared. The bulk of the memo is devoted to arguments for clamping down on leaks, which have plagued the disorganized Trump administration as information about Trump’s ties to Russia and his illegal executive orders continually filters out from disaffected State Department employees.

“When such information is leaked,” the memo states, “It chills the willingness of senior government officials to seek robust and candid advice, which ultimately is to the detriment of informed policymaking and the reputation of the institution from which the leak emanated.” The memo argues that disaffected State Department employees should make use of the Dissent Channel, a confidential channel within the department meant to facilitate open discussion.

Indeed, even before Tillerson was in place, almost a thousand State Department employees used the Dissent Channel to argue against Trump’s executive order banning immigration from seven Muslim nations. Even that Dissent Cable, however, was leaked to the media, in a sign of the serious disillusionment among hundreds of State Department employees who are now working under a bumbling neo-fascist and a corrupt oligarch with no clear direction for policy-making.

The Trump administration seems to be trying not only to silence the State Department’s leaks, but to dramatically curtail the department’s role in foreign policymaking. One possible reason for that attempted sidelining is the barrage of dissent coming from career diplomats at State who see Trump’s brand of brash nationalism as antithetical to the department’s mission of diplomacy.

While there have been leaks from the State Department on a variety of topics, Trump is most concerned with the flood of leaks relating to his and his administration’s treasonous and likely illegal contacts with Russian oligarchs and Kremlin officials during last year’s campaign. The full extent of what the government knows about the administration’s ties to Russia is yet to be revealed to the public, and Trump and his cronies are willing to everything they can to keep it that way, even to the point of silencing dissent within the State Department.

As today’s leak shows, however, there are hundreds of honorable and upstanding employees within the State Department willing to fight back against Trump and Tillerson’s bumbling attempts to stifle independent voices within the government. While a delusional doublethinking Trump can somehow insist that the leaks are real but the news is fake, right-thinking Americans recognize the value of judicious leaks exposing the corruption and treason that have so far defined the Trump administration. And they will not let themselves be silenced.