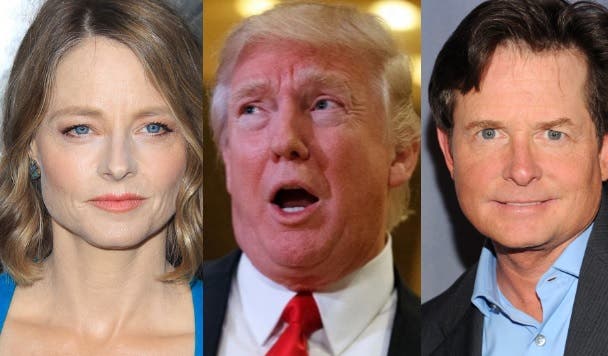 The Academy Awards ceremony is being held this Sunday, and Hollywood celebrities are already going political with their festivities.

Instead of holding their usual pre-Oscars party, the United Talent agency held a protest rally against Republican President Trump and his white supremacy agenda.

Jodie Foster admits she's never been comfortable using her celebrity for activism, but "it's time to show up." #UnitedVoices pic.twitter.com/OhxGX4q8Hq

Fox acknowledged that those in attendance were the “lucky ones” and made this powerful statement:

“I consider myself an optimist and that can be a tall order at times for me personally, and more as I see a growing intolerance and lack of compassion and empathy in the world around us.

‘But one’s dignity may be assaulted, it may be vandalized, it may be cruelly mocked, but it can never be taken away unless it’s surrendered.”

Iranian director Asghar Farhadi, who is boycotting the Oscars in response to Trump’s Muslim ban, attended the rally electronically, and had this to say:

‘I am grateful to the civility of my fellow filmmakers and the UTA family who have reacted responsibly to discrimination and injustice. Filmmakers can break stereotypes around the world by turning their cameras to capture shared human qualities. Your actions are heartwarming.’

President Trump loves his celebrities – the tantrum he threw when none would attend his inauguration is proof enough of that. Once he learns that a group of very famous actors went out of their way to protest him and his hateful policies, he’s sure to blow a gasket.