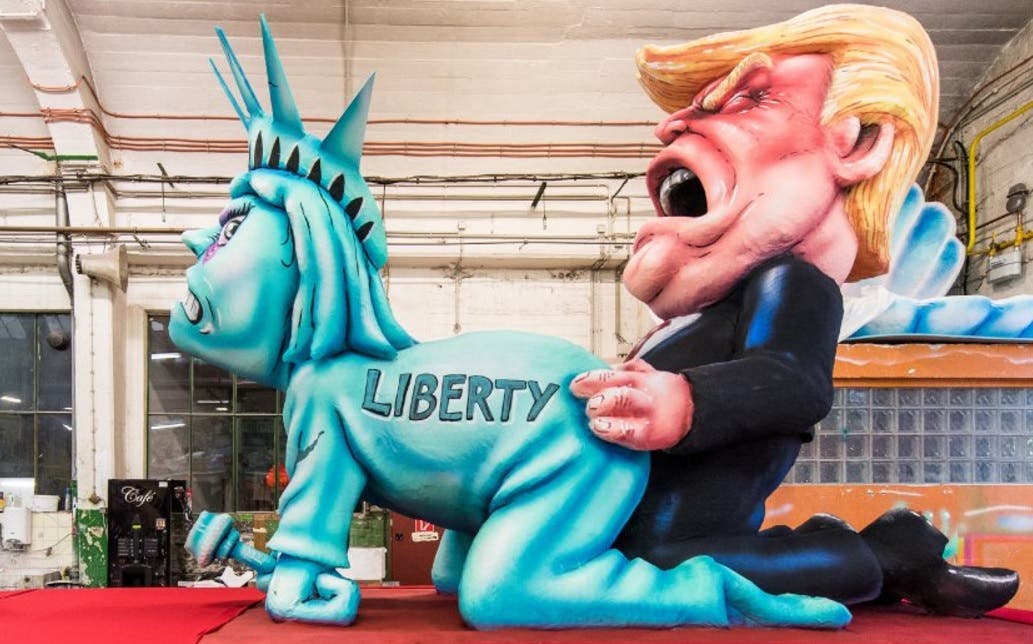 Cities along the Rhine have a long tradition of using the Carnival parade to satirize politicians and the state of global affairs, and they had plenty of material to work with this year.

The parade floats, known for lacking in political correctness, were especially brutal in light of Donald Trump’s appalling first month in office.

This float from Dusseldorf sums up Trump’s presidency in a graphic yet sadly accurate interpretation: Another float depicted Trump with Europe’s other protofascist white supremacist leaders, France’s Marine Le Pen and Geert Wilders of the Netherlands, alongside a blond Adolf Hitler and holding a sign saying “Blond Is The New Brown:” In Mainz, Trump was depicted as an elephant in a china shop:

It’s a shame that this is how the people of our closest allies view our government, but you have to admit they aren’t far off the mark.

Our very own New Orleans, where the famous Mardi Gras carnival is held every year, got in on the Trump-mocking fun as well: In Mexico, Trump’s notorious border wall was burned in effigy:

Mexico kicks off their Carnival in style as they burn a Trump immigration wall. pic.twitter.com/af3IayG1Jm

While times may seem dark in the United States, it’s beautiful to see the happiness playing out across the world – and that they are all united in a deep and fervent hatred for our so-called President, Donald Trump.