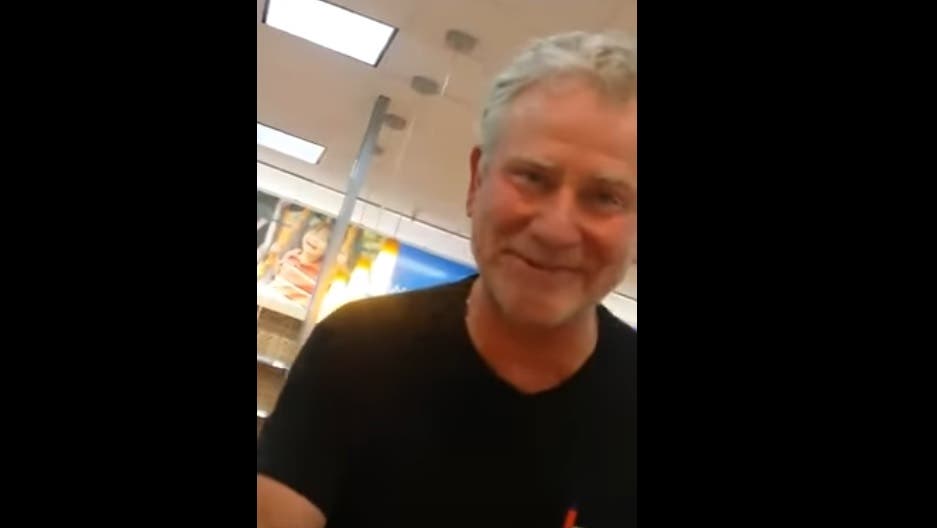 An incendiary video from a Dallas-area Wal-Mart store is going viral after an ignorant customer was caught on camera attacking a Latina employee in the eye-center with a racist screed about taxes.

The Wal-Mart worker had every reason to fear for her life, just last week a racist told two Indian men to ‘go back to their country’ before shooting one of them dead, and leaving two other people seriously injured. Dallas News reports that the Wal-Mart employee who was the target of the xenophobic rant is herself a US citizen. Ironically, in Trump’s America, that’s where most of these fact-free tirades of white anxiety and grievance are directed these days:

“It has hurt me a lot because we are working people. We pay our taxes. We have children who study in college,” said Adela, who spoke on the condition that only her first name be used because she is concerned for her well-being. After the man left, she showed the video to her supervisor. “I told her I was in shock,” she said. “I didn’t know what to do, whether to cry. I felt very bad.”

Adela began recording the incident after the racist jerk started by complaining about a black woman in a wheelchair. Then he asked rhetorically who pays that woman’s hospital bills and then went off:

“I do,” he says pointing at himself. “I pay her hospital bills. She’s a foreigner. She came over here. She got sick and fat and obese, and she can’t do anything. She can’t work,” he says. “But I have to pay her bills. See what I mean? Am I fat and obese? I go to work every day. I pay taxes.”

“All of these foreigners are living off of us good working white people. Yes, I’m just telling you the truth,” he says, laughing. “It’s all right. I know you ain’t leaving. I know you’re here to stay. Y’all should go to your own countries and fix up your own countries.”

There’s simply nothing to justify this man’s racist screed. People of all colors, races, creeds and ethnicities live in America and citizens of all walks of life and background need Social Security, access healthcare which is a human right and common decency.

Sadly, racism is becoming so normalized in Trump’s America, that idiots now demand medical assistance based on their own, personal racial preferences.