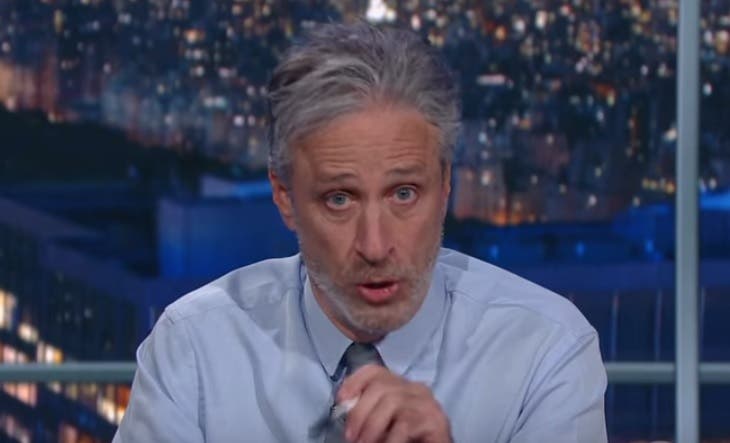 Legendary news personality Jon Stewart, formerly of the Daily Show, joined his friend Stephen Colbert on the Late Show Monday night, where he shared his two cents on the chaos emanating from our nation’s capital.

“I can’t believe the guy’s got the balls. Trump lies more in one press conference than CNN does in a year, and this is coming from a guy who hates CNN” said Stewart about Trump’s feud against the media and his refusal to go to the White House Correspondent’s Dinner.

After savaging Trump for his incessant lying, Stewart then tore into the media for enabling the rise of Donald Trump with their nonstop coverage – and then consoled them for becoming his public punching bag.

“Hey, media, I heard Donald Trump broke up with you. It stings a little, doesn’t it? You finally thought you met your match: a blabbermouth who’s as thin-skinned and narcissistic as you are. Well, now it’s over. Good riddance, I say! Kick him to the curb. Media, it is time for you to get your groove back. You’ve let yourself go over the past few years.”

It’s almost like Stewart never left. We need his wit and righteous anger now more than ever before.