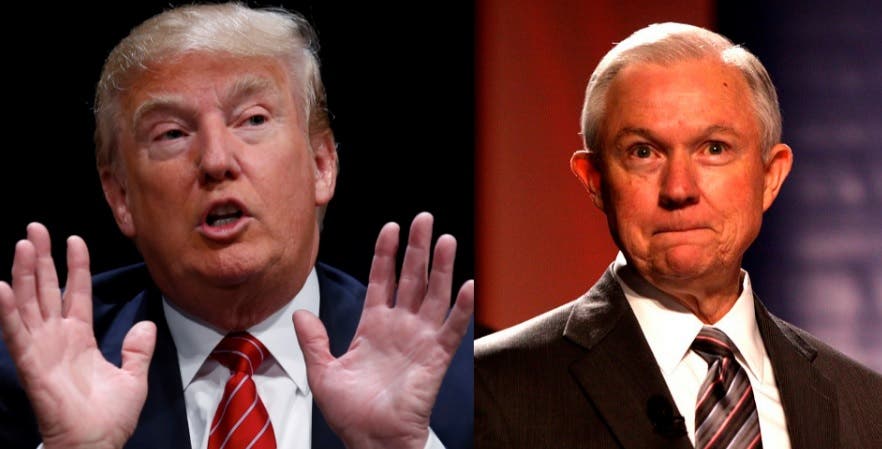 Attorney General Jeff Sessions has just announced that he will recuse himself from the investigation into President Trump and his cabinet’s ties to agents of the Russian Federation.

In his 4pm press conference, Sessions denied all wrongdoing but agreed to step back and allow a special investigator to take over the Department of Justice and the Federal Bureau of Investigation’s inquiry into the Trump team’s potentially treasonous communications with Russian agents and the allegations of blackmail against Trump himself.

Sessions, who was appointed by President Trump, has been weathering a firestorm of criticism from the media and members of both political parties after it was revealed last night that Sessions had two communications with the Russian ambassador, Sergey Kislyak, during the 2016 election.

Sessions certainly cannot be trusted to properly investigate Trump, and while his resignation would have been preferable, we now have at least some guarantee that the investigation will be conducted with the exhaustive vigor that it requires.

For his part, President Trump and Press Secretary Sean Spicer announced today that they did not think Sessions should recuse himself – for obvious reasons. Spicer went even further, saying there’s “nothing to recuse himself from.”

Sessions this afternoon: "I have recused myself…"

Spicer this morning: "There's nothing to recuse himself [from]" pic.twitter.com/jYtCqdVBiq

Obviously, even Sessions disagrees with these alternative facts.

If President Trump and his team colluded with the Russian government to subvert the democratic process, and if Trump is being blackmailed by the Russian and is therefore a Russian puppet, the American people need to know – and to punish the potential treason accordingly.