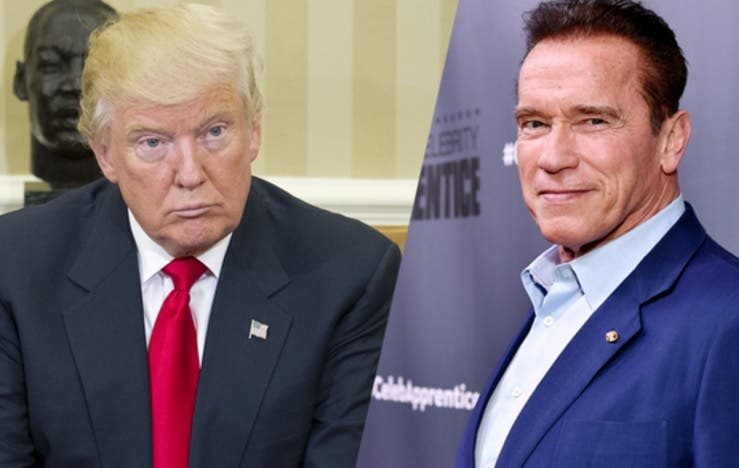 Trump Just Called For An Investigation Into Chuck Schumer. His Response Is PERFECT

Arnold Schwarzenegger, the former California governor and actor who took over President Trump’s former television show, has decided to call it quits.

He gave explained his decision with this statement:

This statement is a clear shot at President Trump, who is notorious for assessing women’s attractiveness on a 1-10 scale (“A woman who is very flat-chested is very hard to be a 10″).

He went into further detail in an interview with Empire, where he made it clear that the “baggage” he’s referring to is Donald Trump’s association with the show.

“I learned a lot, I had a great time, it was a really great opportunity. But under the circumstances I don’t want to do it again. It’s not about the show, because everyone I ran into came up to me and said ‘I love the show… but I turned it off because as soon as I read Trump’s name I’m outta there!'”

“NBC did everything they could to promote the show and [producer] Mark Burnett did a fantastic job. No one really knew that this was going to happen and I think that everyone was caught off guard.” When people found out that Trump was still involved as executive producer and was still receiving money from the show, then half the people [started] boycotting it.”

Trump will certainly be displeased to learn that the show that was once his pride and joy has been so badly hurt by the toxicity that anything related to Trump now carries.

Trump had previously slammed Schwarzenegger over his poor ratings at – where else? – the National Prayer Breakfast, which prompted a sharp rebuke from the former governor.

It just’s the latest in a long line of ventures that have failed because of Donald Trump. Let’s just hope our government isn’t the next on the list.