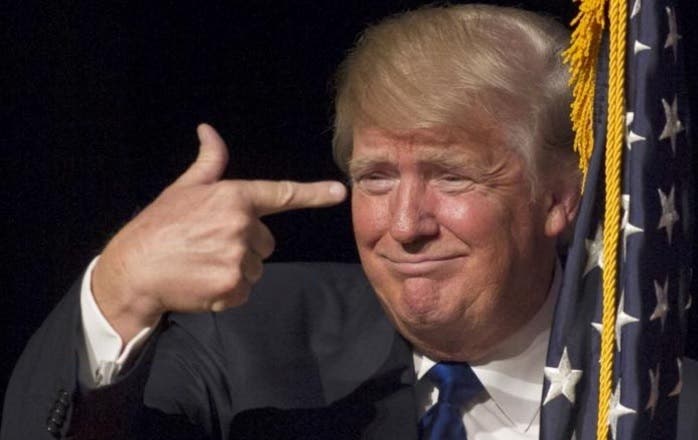 President Donald Trump has just made a complete fool of himself once again by reminding us that his grasp of the English language is marginal at best.

Over the span of a few minutes, Trump sent and deleted a tweet three times calling for an investigation into House Minority Leader Nancy Pelosi (D-CA) because someone found a picture of her with the Russian ambassador in 2010 – all because he doesn’t know how to spell “hereby.” There you go! We’d give you a gold star, but we’re worried you might insult it. But it gets better – in the middle of those tweets, what was probably a scheduled tweet went out reminding us all about the importance of education.

In the middle of THREE attempts to correctly spell "hereby" in an attack tweet, Trump tweeted about the importance of education. Irony. pic.twitter.com/v53dPnrTEY

His demand for an investigation is, of course, nothing but a pathetic attempt to deflect attention away from the multiple investigations into his own camp after it was revealed that both his Attorney General Jeff Sessions and son-in-law Jared Kushner held secret meetings with Russian ambassador Sergey Kislyak.

Trump has failed once again to go a single day without being a national disgrace. He’s not going to fool anyone with these halfhearted attempts at deflecting attention away from his own potential treason.