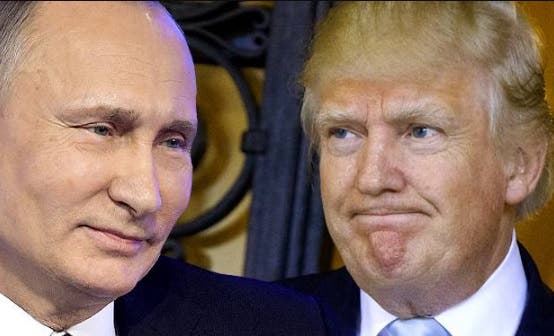 Today, President Trump roundly shot himself in the foot by embarking on an impulsive tweetstorm that attempted to deflect attention off his administration and to give more credence to a ridiculous right-wing conspiracy that alleges a secret Obama-led “cabal” is behind all the leaks and organizing the protests against Trump.

Trump’s tweets essentially both confirmed and declassified the existence of a FISA – Foreign Intelligence Surveillance Act – warrant for electronic surveillance into the Trump campaign team for their secret communications with agents of the Russian government.

This corroborates the suspected existence of a FISA warrant first published by former British member of Parliament Louise Mensch via HeatStreet and later reported by the Guardian.

Since Trump was so astonishingly greedy that he put his campaign headquarters in Trump Tower so he could pay himself from his campaign war chest, the warrant would have been for Trump Towers.

To receive a court-ordered FISA surveillance warrant, there must be probable cause that the target of a FISA wiretap is an agent of a foreign government, as noted by the hyper-conservative National Review Online:

A) knowingly engages in clandestine intelligence gathering activities for or on behalf of a foreign power, which activities involve or may involve a violation of the criminal statutes of the United States;

C) knowingly engages in sabotage or international terrorism, or activities that are in preparation therefor, for or on behalf of a foreign power;

Now, as of this moment, it’s not clear who in the Trump campaign the alleged wiretap was targeting – most likely Gen. Michael Flynn – but if it’s true, it’s clear evidence that someone in the Trump camp was operating as an agent of the Russian Federation.

Which means that more than ever we must appoint a special prosecutor and find out what evidence our intelligence services may have presented to that judge – and punish those involved accordingly.

All of the above activities described in the FISA wiretap requirements certainly sound a lot like treason, but it’s unclear whether or not this is actually treason in the legal definition since the language is frustratingly vague:

But all of this just makes the need for a special prosecutor to lead the investigation into the Trump, his team and their alleged collusion with Russian agents all the more urgent.

How far up does this go? What did Trump know and when did he know it? If he was aware that members of his campaign team were operating as foreign agents, then he himself is guilty of aiding and abetting.

We need to know who was considered a foreign agent and what evidence convinced the courts to grant the wiretap was.