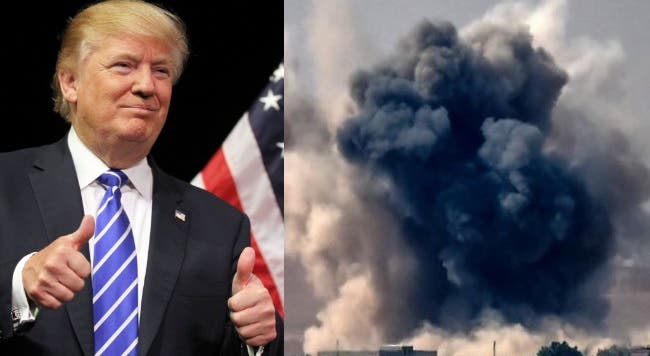 This unprecedented move, besides being the latest example of Trump avoiding his presidential responsibilities, brings the country ever deeper into a dangerous militaristic neo-imperialism.

The order authorizing individual commanders to order airstrikes and other attacks was granted on Jan. 29, the same day that Navy SEALs conducted a disastrous raid on Al-Qaeda in the Arabian Peninsula (AQAP) in Yemen that left as many as thirty civilians and a Navy SEAL dead.

Before Trump’s order, commanders in countries like Yemen and Somalia that lack a substantial US military presence had to have their attack plans approved by the White House. Never one for thoroughly carrying out his duties, Trump is apparently more than willing to accept the risks of far greater civilian casualties and many more disastrous raids rather than take his office seriously.

Already, in the few weeks since Trump granted commanders individual authority, there have been dozens of such airstrikes in several Middle Eastern countries.

America’s airstrikes are notoriously devastating; a recent Guardian report indicates that for 1,147 civilians died in the hunt for just 41 suspected terrorists.

Most of them, however, have been concentrated in Yemen, where the Trump administration is not only combating AQAP but also supporting a tremendously deadly and oppressive Saudi campaign targeting Shiite Houthi rebels.

Indeed Trump’s order appears to be specifically geared towards Yemen, where US Central Commander Gen. Joseph Votel now has exclusive authority to carry out military strikes without the approval of the White House or any other outside body.

Pentagon spokesman Navy Capt. Jeff Davis justified the new policy as “part of a plan to go after a very real threat [AQAP], to ensure they are defeated and denied the opportunity to plot and carry out terrorist attacks from ungoverned spaces.” Why combating AQAP requires eliminating oversight and regulation of commanders’ attack plans, however, remained unclear.

Indeed what is perhaps most frightening about the new orders and the militaristic trend they suggest is that their scope is apparently unlimited. Pentagon officials did not discuss the extent of the powers in order to “avoid tipping off potential targets,” but theoretically any American commander in a foreign country could now order strikes without any formal review process, a situation that once again puts Trump’s America in the position of unilateral global policeman.

While Trump’s administration will argue that the new rules are simply meant to eliminate red tape, any reduction in military oversight at a time when the United States is engaged in wars in seven countries and killing hundreds of civilians annually in airstrikes cannot help but further endanger already vulnerable populations in the Middle East and further the nation’s slide back into neo-imperialist hegemony.

If Republicans would step for just one second out of their myopic worldview of American exceptionalism they would see that such a move undercutting the national sovereignty and security of dozens of countries around the world to facilitate airstrikes that often serve little purpose and result in the murder of scores of innocents is the very definition of dictatorial.