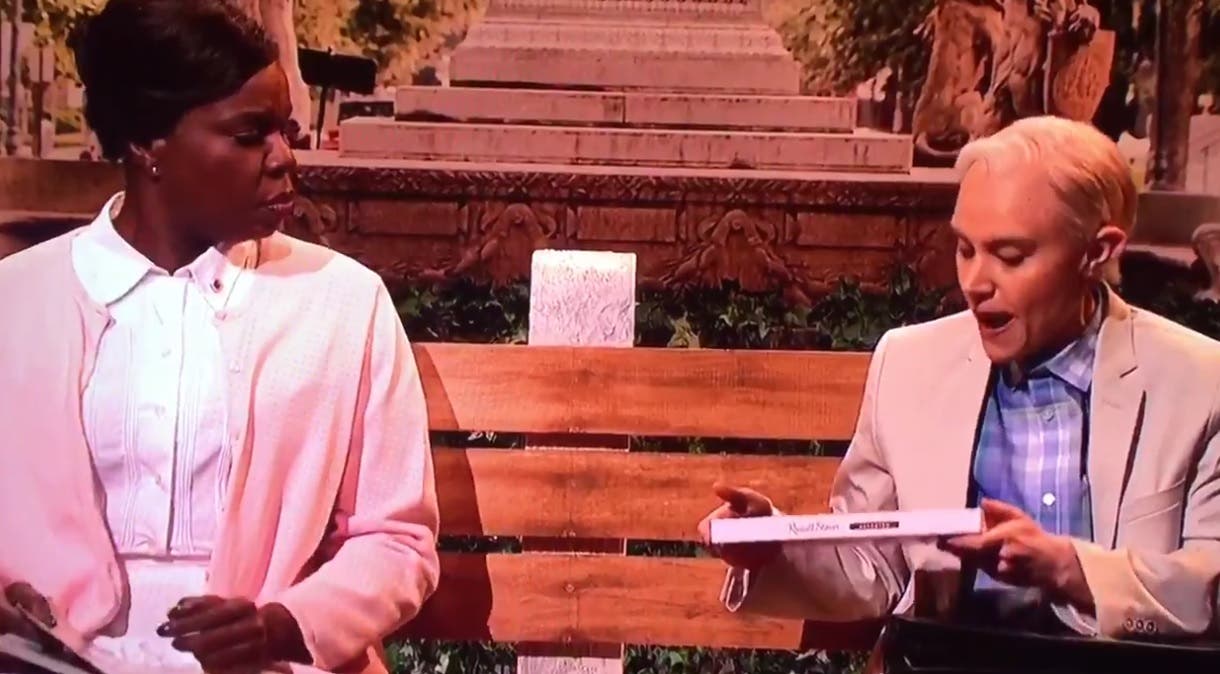 Tonight saw the triumphant return of Saturday Night Live, and the cold open we’ve all been waiting for delivered a hilariously scathing mockery of Attorney General Jeff Sessions.

Kate McKinnon plays Attorney General Jeff Sessions – while channeling Tom Hanks’ famous portrayal of Forrest Gump: “I always say life is like a box of chocolates. Sure are a lot of brown ones in there.”

Emphasizing Sessions’ outrageous Southern twang, Mckinnon mocks the former Alabama senator’s notorious racism and Kellyanne Conway’s now-infamous poor posture in the Oval Office before diving into the controversy of the lies that Sessions told under oath about his meetings with Russians.

It’s a shining start to what will definitely be a very interesting episode, given all the tumultuous events of the past week.

Watch it here, courtesy of Mediaite: