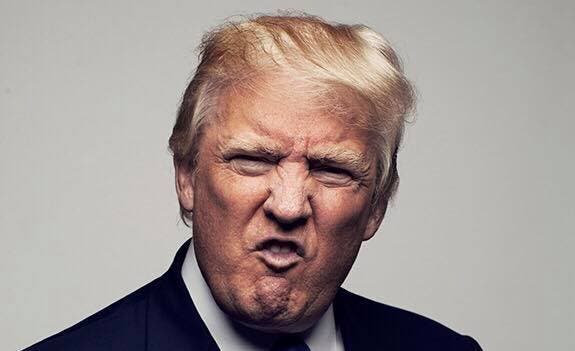 The White House Press Secretary Sean Spicer released a statement Sunday morning regarding yesterday’s controversy over President Donald Trump’s connections with Russia’s involvement in disrupting the 2016 presidential election. Yesterday morning Trump wrote a series of tweets that essentially implicated himself in the scandal.

President Donald J. Trump is requesting that as part of their investigation into Russian activity, the congressional intelligence committees exercise their oversight authority to determine whether executive branch investigative powers were abused in 2016.

Neither the White House nor the President will comment further until such oversight is conducted.

This statement is pure damage control by the White House. Having implicated himself in the Russia investigation, Trump’s staffers are now scrambling to figure out their options and it seems they’ve gone for a media blackout. What’s worse is the administration is trying to blame this on former President Obama, arguing that there may have been a political motive behind the wiretaps. This behavior is reminiscent of a child caught stealing a cookie and trying to pretend like it never happened, except that this child just happens to be the President.

There was most definitely a motive for the wiretaps, namely to investigate whether a Presidential candidate and his staff have unsavory connections with the Russian government which was trying to influence the election in its favor. What Trump doesn’t realize is that neither President Obama nor any of his staff would have personally ordered the surveillance. As Obama’s spokesman Kevin Lewis stated:

There are rules in place to prevent Presidents from ordering wiretaps on a whim so that ordinary citizens have a degree of protection just in case a megalomaniac like Donald Trump ever became President. This means that it was a law enforcement agency that was responsible for wiretapping Trump. In addition, a federal judge would have had the final say on whether a FISA warrant was granted. If such a warrant was granted there was clear evidence to suspect that Donald Trump or his associates had unlawful contact with the Russian government. It wasn’t Obama’s “fault” Trump got wiretapped, it was his own.

This media blackout is a brutish and cynical attempt to kill the story that Trump and his team colluded with the Russians. By ordering a media blackout and instructing the investigative committee to also look into abuses of power by Obama’s administration Trump is trying to distract the nation and buy himself time to cover his tracks. Trump will no doubt try to push the growing right-wing conspiracy that Obama is running a secretive “shadow government” to deflect attention from his own failings and brazen corruption, however that story is so outlandish and ridiculous he will no doubt just embarrass himself further.

The American people are demanding answers from their President. He decides to honor this very reasonable request by giving them a media blackout. This makes the need for a speedy and independent investigation even more urgent before the President does irreparable damage to our country.