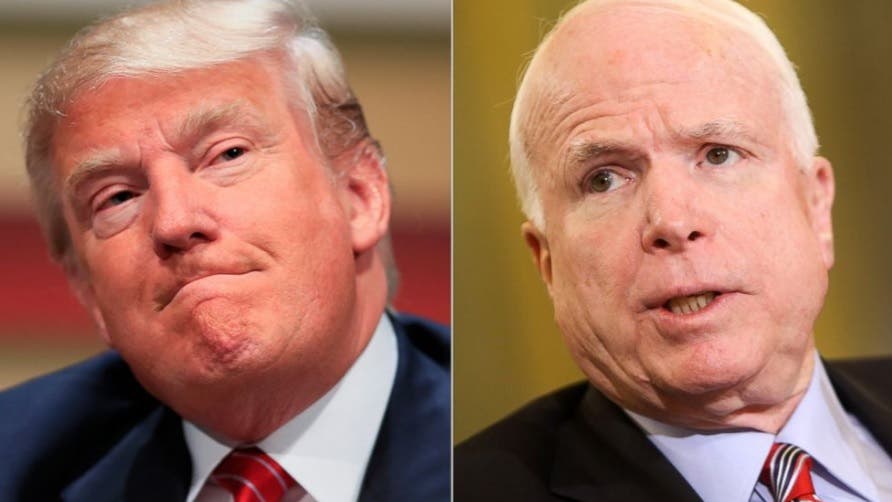 Senator John McCain (R-AZ) just fired back at President Trump’s outrageous assertions that he had been “wiretapped” by President Obama, dismissing the notion that Congress should investigate Trump’s ridiculous fantasies unless he provides some evidence.

“Congress shouldn’t investigate Trump’s wiretap claim unless he provides some evidence. If there’s no basis for it, then there’s no reason for an investigation. The president said it, and based on something. What was the basis of his conclusion that his predecessor had broken the law by wiretapping Trump Tower? The American people need to know.

Later, to POLITICO, McCain added “I haven’t seen anything like this. This is unprecedented.”

The idea that President Obama ordered a wiretap of Trump Towers during the election is ludicrous and appears to be a conspiracy theory being bandied about by the far-right fascist hate rag Breitbart.

Presidents cannot order wiretaps; only intelligence agencies may do so, and only with the approval of a court. If a court did issue a warrant for Trump Tower, that means that they were presented with enough evidence to convince them that Trump or someone in Trump Towers – like his campaign staff – were guilty of committing some kind of crime.

So by all means, Mr. Trump, show us your evidence.

Unfortunately, McCain’s colleagues in the House are not quite as principled. The House Oversight Committee, frothing at the mouth at the prospect of investigating yet another Democrat over baseless conspiracy theories, has already announced that they will be opening an inquiry into Trump’s ridiculous delusions.

We applaud Senator McCain for being one of the few Republicans willing to challenge the President on his ridiculous fantasies instead of just rolling over and blindly going along with whatever distracting nonsense Trump spins up every week. If only the other Congressional Republicans would join Democrats in actually doing their jobs.